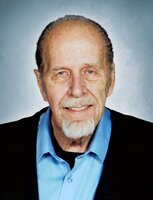 VILLERS: It is with heavy hearts that the family announces that John Villers of Brandon, MB passed away peacefully at his home on Thursday, April 7, 2022. John was born in Winnipeg, MB on December 31, 1937. He attended school in Brandon and during his teen years he worked at a gas station. Dad met the love of his life, Daphne (née Bird) and they married in 1957, together they raised four boys. He was employed at the Brandon Mental Health Centre as a psychiatric nurse and later became the supervisor of the central supply department. In 1993, he retired at the age of 55. Dad enjoyed woodworking and dedicated many years to the Wheat City Branch Legion 247, which he held a lifetime membership. He was a devoted member of St. Augustine’s Church and was a member of the Knights of Columbus. As a season ticket holder for the Brandon Wheat Kings he enjoyed watching many hockey games. During the football season he would always be cheering for his favourite team, the Edmonton Eskimos.

Our family would like to express our gratitude to Maribea for always being there for Dad. You will always have a special place in our lives.