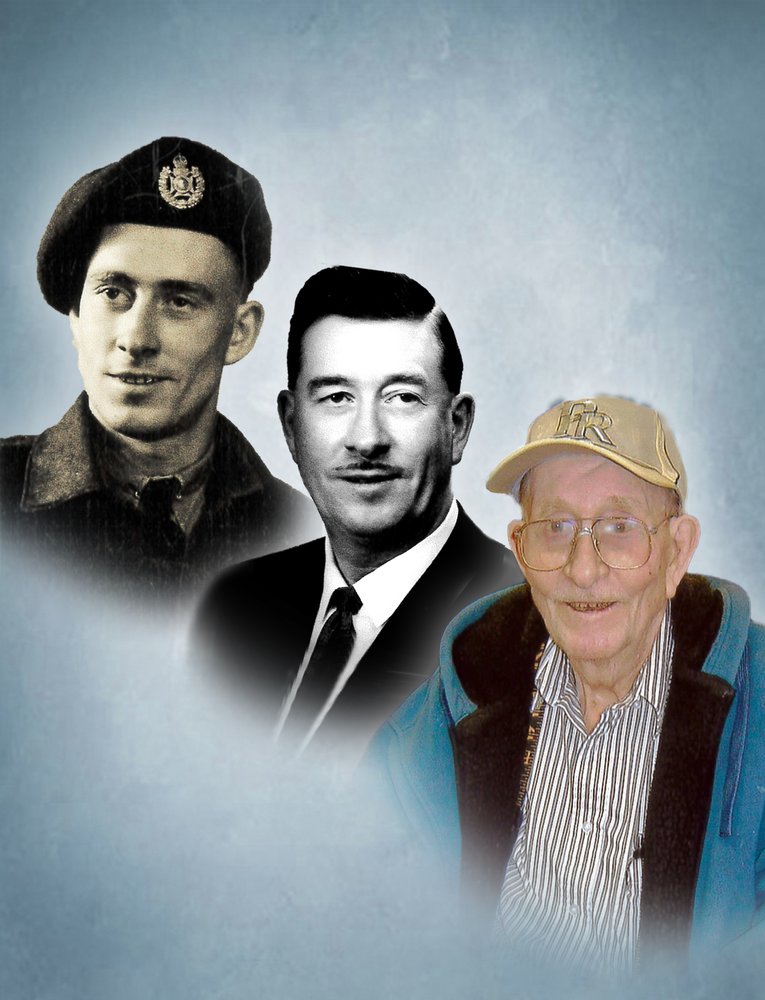 MCKENZIE: It is with sad hearts we announce the passing of our father Allan Grant McKenzie on Saturday, November 14, 2020. Allan was born on March 1, 1925 in Hartney, Manitoba the 5th of 7 children to Adam and Maggie McKenzie (Margaret Ogilvie). Growing up on a farm in the 'dirty thirties' created a man who was hard working, frugal, a master of many trades and loved playing his button accordion at a good party. Following his service in WWII Allan started his career with the "Good Roads" and quickly became the youngest Superintendent in the Province. After retirement he started a business selling and installing the latest technology — satellite dishes. He designed and built a mounting post that was of such high quality it was sold across Canada. Allan married Jean Mayo in April 1952. Dad and Mom worked hard to create rental properties allowing Mom to 'work from home' while the children grew. They celebrated 37 years of marriage before Dad became a widow. Later, Allan married Adele Dane and was married for over 20 years before he became a widow once more. Although he quit school to start work at 14, he was a lifelong learner. He took a night course every winter at ACC, until he had exhausted all their trade offerings. He was a voracious reader and particularly enjoyed Canadian history and politics. He served as Alderman to Brandon City Council from 1967- 1969. Allan celebrated 50 years membership in the Killarney Masonic Lodge and became a Shriner serving in the Brandon Car Patrol. Dad always strove to better himself and others. He was inventive, quietly generous, willing to give assistance when needed whether it be a job, a place to live, sharing knowledge or teaching skills. He was predeceased by his parents, Adam and Maggie; all his siblings: Florence McKenzie, Louise Whalen (George), Robert McKenzie (Mary), Shirley CantIon (Lawrence), Irene McPhee (Bill) and Jim McKenzie (Evelyn). He is survived by his daughters and sons-in-law: Gale and Bob Rowley, Joan and Dave Brown; granddaughters: Erin, Amanda, Ashley and Lisa; great grandchildren Brooklynn, Chance, Jake, Evan, Sean, Emma, Niko, Ayden, Spencer, Luca and Myles; numerous nieces and nephews. Donations may be made to Dinsdale Personal Care Home, 510 6th Street, Brandon, MB, R7A 6S9.

Share Your Memory of
Allan
Upload Your Memory View All Memories
Be the first to upload a memory!
Share A Memory
Send Flowers