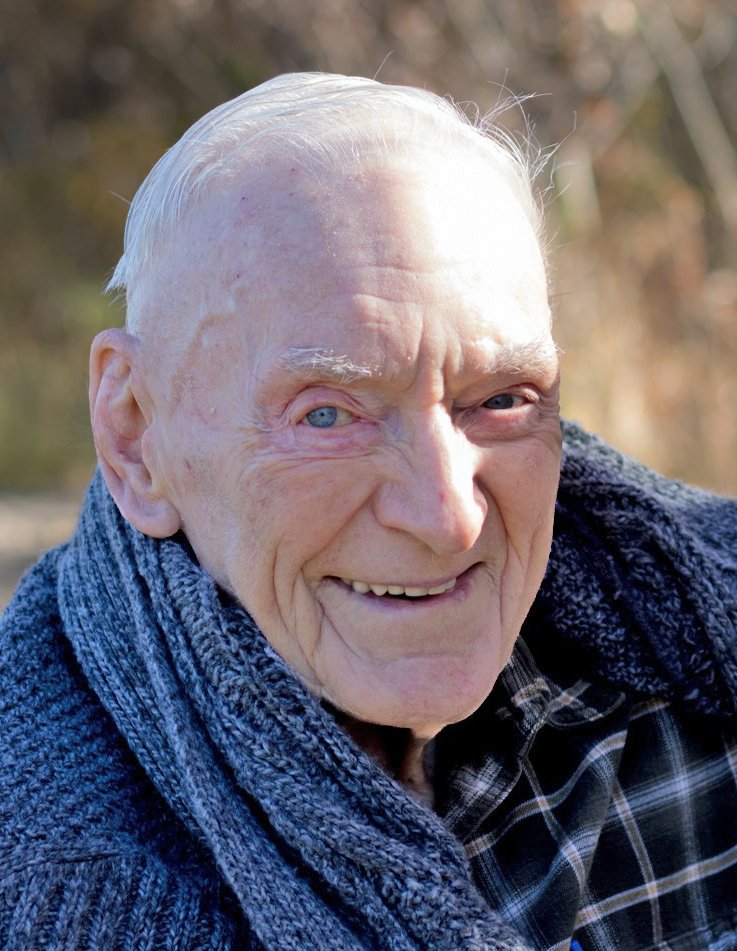 FINLEY: Ronald Earl Finley passed away peacefully on Thursday, November 19, 2020 at the ripe old age of 92.  Ron led a long, healthy, and fruitful life.  He is survived by the love of his life, Carol Finley, her two children: Billie and Sid Clark and his five children: Wendy, David, Ronald Craig, Barbara and Dale Finley, as well as 19 grandchildren and 14 great-grandchildren.

Ron was born in Brandon on August 22, 1928, between the two great wars. He learned to fly at an early age in the Royal Canadian Air Cadets, with the expectation that he would become a fighter pilot during WWII and a commercial airline pilot afterwards.  But WWII ended before he could realize those dreams, so he pursued a career as an electrician and linesman in Churchill, Manitoba.  Ron soon relocated to Saskatoon to work for Western Savings & Loan Co. selling savings certificates to farmers, who often stored their money in tobacco tins hidden in manure piles.  In 1968, during one of his many sales calls in the Saskatchewan countryside, Ron risked his life to save baby Silvia Buck, who had fallen into a 20’ deep cistern.  Dangled by a rope tied to his feet, Ron retrieved the baby, and performed CPR, bringing the child back to life.  For that act of bravery, Ron received the Order of Saskatchewan.  Ron spent the rest of his career until retirement at age 70, working for Investors Group, primarily as an executive and branch manager.  His clients adored him and he loved to help his clients prepare for retirement.  His motto was “you can spend a dollar once, or invest it and live off the income for a lifetime.”  He lived by that rule.

A dedicated company man, when Ron wasn’t working, he loved flying, fishing, reading, building rock gardens and puttering around the house.  Ron is a multi-time past president and director of the Brandon Flying Club, where he kept his beloved airplane, a Piper Comanche 260, call sign CF-YNR.  Ron stopped flying at the age of 88 and was one of the few members of the UFOs (United Flying Octogenarians). In 77 years of flying, Ron had only a couple “incidents.” He might have bent a prop or dinged a wing, but as he liked to say, any landing you can walk away from is a good one.  Ron was proud of his association with the Royal Canadian Air Cadets, originally established to train young men for active duty during WWII.  Two of Ron’s children (Ronald Craig and Dale) were members of the same squadron that Ron belonged to (82nd), and his eldest son, David, was a flight instructor for the Cadets for many years.

Ron was also a “re-purposer” and collector of found treasures, keeping everything from tools to nuts-and-bolts.  He owns one of the few two-car garages in Brandon that doesn’t have room for a car.  If anyone ever needed anything, Ron likely had it (or 2) in his garage.  For Ron, a great golf game was one that ended with more balls in his pocket than he started with. He didn’t believe rules were made for him and drove like speed signs were a suggestion.  He once attempted to pay a speeding fine in pennies.  If Ron had a vice, it was that he couldn’t say no to a bowl of vanilla ice cream.

Ron’s children remember him as a stern father who softened with age.  The older children recall with fondness weekends spent in the countryside collecting rocks, working in the backyard and assisting with his various projects.  Ron’s youngest child recalls camping and fishing trips.  Ron’s great-grandchildren call him and his wife, Carol “Special Grampa and Gramma.”

Ron’s friends remark that he was intelligent, kind, funny and generous.  He met his wife Carol in 1986, and fell in love instantly.  He calls her the best thing that ever happened to him and often stated that the third time was the charm.  They have spent 25 delightful years together.  They loved to dine at Applebee’s and Joey’s, where Ron ordered his fries “extra crisp.”  Ron and Carol loved spending time at their cottage in Flin Flon. Carol was at Ron’s side when he passed last Thursday.  She tearfully remarked that she had just lost her best friend and the love of her life.

In memory of Ron, his family requests you support the Royal Canadian Air Cadets.  Due to Covid-19 restrictions, a Memorial Service for Ron will be held at a later date.

Share Your Memory of
Ronald
Upload Your Memory View All Memories
Be the first to upload a memory!
Share A Memory
Send Flowers