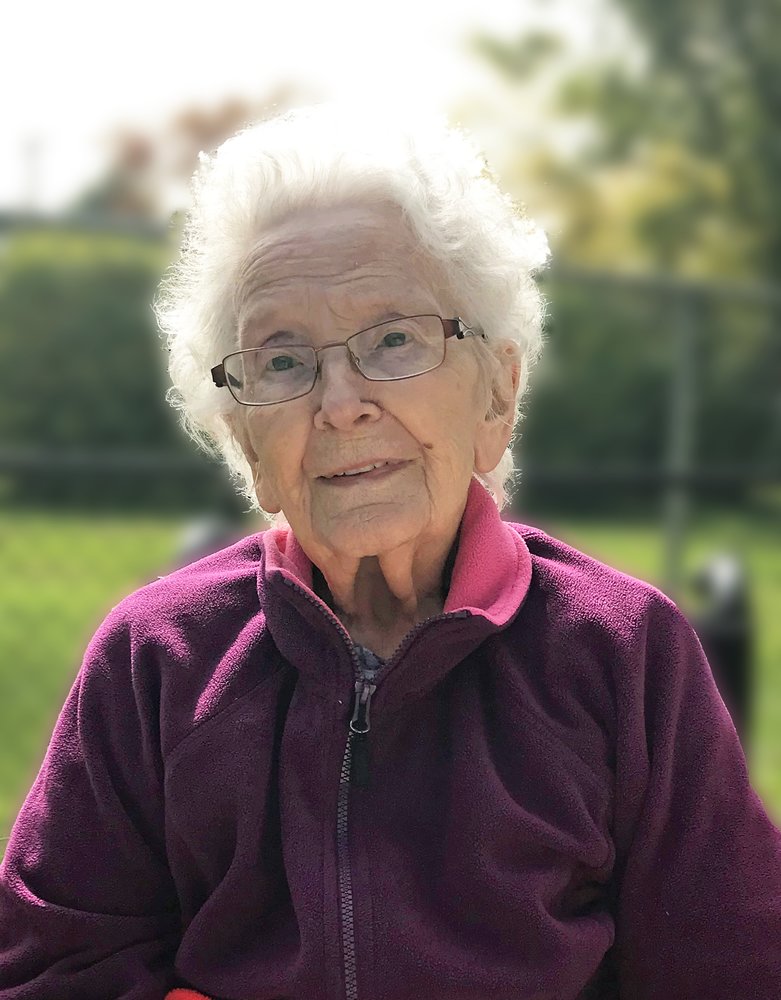 HOLM: Jeannette Alexandra Holm passed away peacefully at the Glenboro Personal Care Home on March 6, 2021 at the age of 95. Jeannette was born in Brighton, England on October 3, 1925, the only child of Wilfred Henry Taylor and Frances Taylor (Wright). Jeannette was predeceased by her parents Wilfred and Frances Taylor, her husband Albert Holm, her sons David John Holm and Victor Alan Holm. Left to mourn is her son Leonard Paul Holm and his wife Cynthia Holm of Glenboro, eight grandchildren Jeff (Jennye), Jeremy (Laura), Jenny, Jason (Astrid), Jennifer (Justin), Joel (Alicia), Trevor and Ben, also 10 great grandchildren and three step granddaughters Kim (Bob), Trine (Edward) and Crystal (Colin) plus six step great grandchildren. Jeannette met her husband (a Canadian soldier) at a dance in her hometown of Brighton, England during the war. Mum was in the WAAF during WWII and was stationed at the air base Down Ampney, England. They were married June 8, 1945 in Brighton, England. She came to Canada on April 30, 1946. She adapted to life on the farm in Vidir and then near Stockton, Manitoba. They moved to Brandon in 1957 where she became involved with singing in the St. Paul's United Church and singing in the lady's (Sweet Adelines) barbershop group. She was involved in many organizations, volunteering. The most important one was being involved with the War Brides Association which she was part of until it disbanded a few years ago. Seniors for Seniors was also very important to her. In the summer of 1960, was the first visit to Ditch Lake, shortly after a building lot became available. The family built a small cabin which was enjoyed every summer until about 2008. The other summer passion was gardening, both flowers and vegetable. You couldn't visit without a tour of the garden. The highlight of her work history would have to be working at Eaton's on Rosser Avenue in Brandon. She first went there to earn the money needed to travel to England to visit her Mum and Dad in the summer of 1962. She decided to stay working at Eaton's until it was closed many years later. Jeannette had a special way about her that made people feel important and happy. In my life, I can't remember her saying a bad word about anyone. She always showed respect and received it in return. She loved to tell stories about her life experiences to both family and friends. Children loved listening to her. I want to thank the staff of the Glenboro Personal Care Horne for the wonderful way Mum was looked after. They provided Mum with warmth and compassion during her stay there. A Memorial Service will be held at Central United Church, 327 8th Street on Monday, September 20, 2021 at 2:00 p.m. with Rev. Doug Craig officiating. In lieu of flowers, donations in memory of Jeannette may be made to the Commonwealth Training Plan Museum, Box 3, Grp 520, RR#5, Brandon, MB, R7A 5Y5 or to the Heart & Stroke Foundation, 1379 Kenaston Blvd., Winnipeg, MB, R3P 2T5.