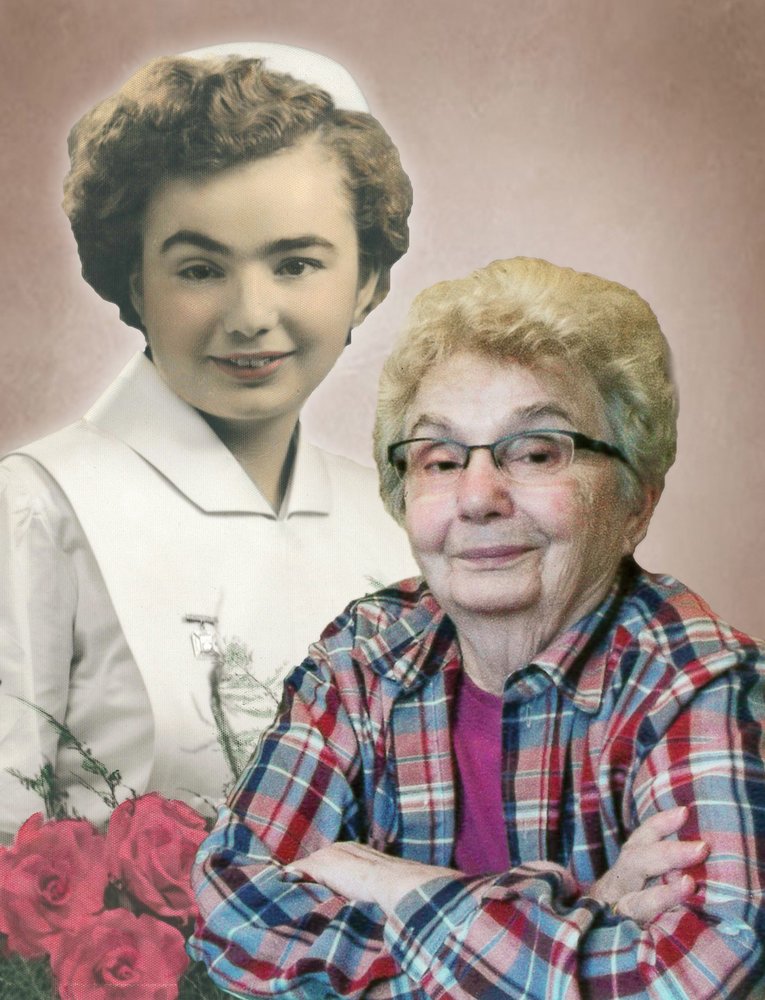 BRIDGEMAN:  Evelyn Madeline Bridgeman (nee Wingert) passed peacefully with family by her side on March 28, 2021 at the age of 91 years.

Mom was born in Alameda, SK on March 15, 1930.  She grew up in various Manitoba locations before settling in Alexander, MB.  In 1950, Mom was the second oldest of 10 when the family called she was always available in time of need.  Mom went into training as a psychiatric nurse at the Brandon Mental Health Centre graduating in 1952 where she worked for many years.

Mom met Dad, her husband Earl Bridgeman at a dance in Brandon and were married on September 17, 1953.  They built their first house on 1024 3rd St. N. where they resided until 2000.  They then moved to Monterey Estates where they enjoyed the small community setting.  They were always attending potlucks and events there.  They moved to Victoria Landing in 2007 where they enjoyed their later years.

After her retirement Evelyn and Earl enjoyed square dancing with Shilo and Circle 8 square dance clubs.  She belonged to the Canadian Order of Foresters and volunteered at Fairview Home.  Evelyn and Earl made use of their retirement years travelling and enjoying many bus tours from Europe and England to all parts of Canada and Alaska.

After Dad’s passing in 2012, Mom continued to live at Victoria Landing attending the events and music that was offered.  She loved to spend time with her grandchildren and family and was blessed to enjoy her time with her great grandkids Obrey and Emery.  Mom truly enjoyed family gatherings catching up on all the family news and all the goodies that were brought.