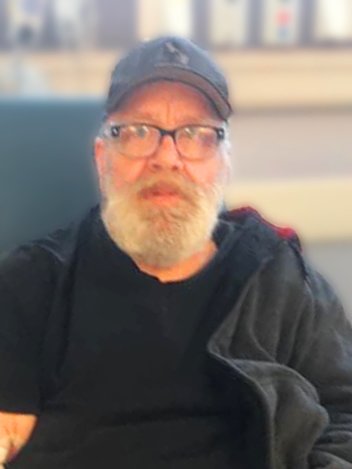 The family invites you to watch the Funeral Service for Bob. Please CLICK HERE.

ADAM: Robert “Bob” Jacob Adam passed away suddenly on Saturday, March 27, 2021 at the age of 59 years at his place of residence in Brandon. Bob was born on October 24, 1961 in Bristoff, France. He was the second youngest of four children born to Robert Sr. and Joan. Bob’s father was in the Air Force and therefore the family moved often. When Bob was 10 months old his family moved to Canada. He spent majority of his childhood in P.E.I. It was in P.E.I. that Bob held his most cherished memories. Bob and his family eventually made a move to Manitoba. He attended high school at Elton Collegiate this is where he met the love his life and soul mate, Shirley Bayes. In his early years, Bob worked on lobster boats in P.E.I. He loved farming, hauling grain and working on horse farms. Bob also did security, floor installation and painting. For 20 years he worked as a supervisor at Maple Leaf Pork for overseas casing. In his spare time, Bob enjoyed being an altar boy in his younger years, playing hockey, camping and quadding in the summers.  During the winter months Bob had a passion for going on sled rides with his family and friends. Although these activities meant a lot to Bob, his greatest achievement was becoming a Dad and Papa. He loved spending time with his kids and grandchildren. Bob will be lovingly remembered by his wife, Shirley Bayes; devoted daughter, Valerie Adam and her children, Matty (Danika), Colin, Aaliyah and Quinton Starr; his best friend and son, Jason (Michelle) and their children, Caden Adam, Sydney and Dominico Meuter; his adopted son, Trevor Cloet (Crystal); father-in-law, Art Bayes; sisters, Tanya Adam and Catherine (Dan) Vallancourt as well as numerous nieces, nephews and cousins. Bob was predeceased by his parents, Joan and Robert Sr.; sister, Kim Collmen, mother-in-law, Helen Bayes as well as numerous cousins, aunts and uncles. A Private Funeral Service will be held at Brockie Donovan Chapel on Wednesday, April 7, 2021 with Fr. John Okosun as celebrant. Interment will follow at the Brandon Cemetery. Donations in memory of Bob may be made to the Heart & Stroke Foundation, 1379 Kenaston Blvd., Winnipeg, MB, R3P 2T5 or to the Canadian Cancer Society, 415-1st Street, Brandon, MB, R7A 2W8.

Share Your Memory of
Bob
Upload Your Memory View All Memories
Be the first to upload a memory!
Share A Memory
Send Flowers