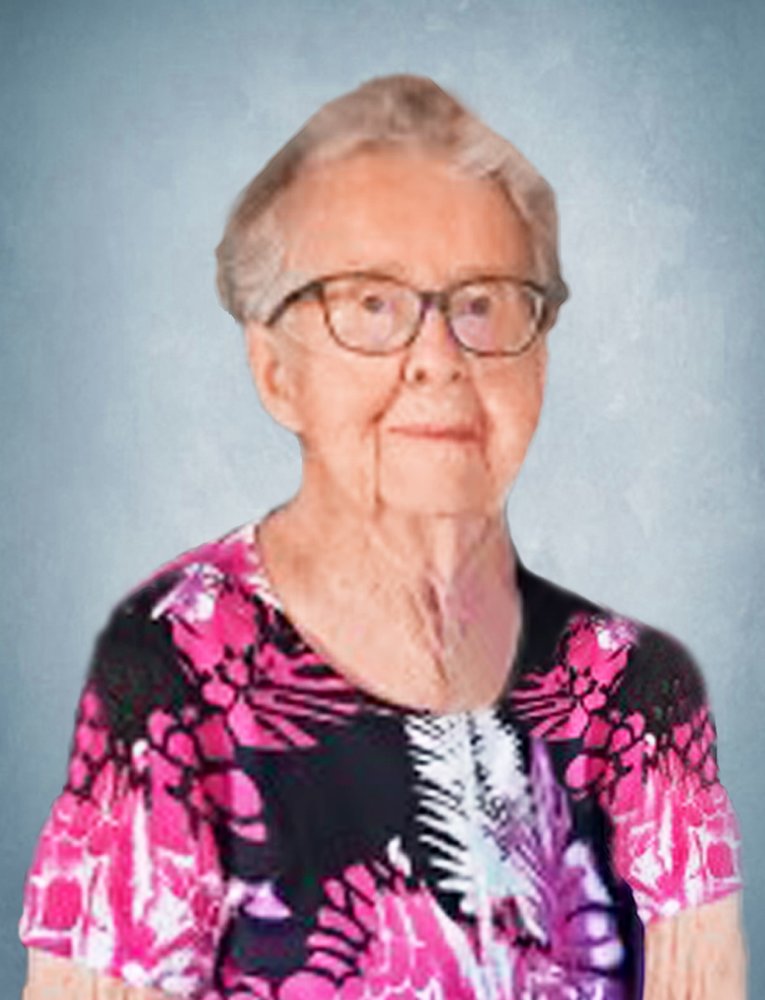 SKINNER: Margaret Agnes Skinner passed away peacefully at the Assiniboine Centre, Brandon, MB on Tuesday, April 13, 2021 at the age of 92 years. Margaret was born on January 6, 1929 at Elstow, SK to James and Isabella Ross. She was the tenth child in a family of eleven. When Margaret was eight years old the family moved all of their belongings, including livestock to their new home just north of Alexander, MB. She attended Spring Valley School in her early years and then later enrolled in a nursing program in Saskatoon, SK until she married Wendell Skinner on September 30, 1949. The couple started their farming career in Alexander where they raised their four children. Margaret stayed on the same homestead for 71 years. She spent many hours in the garden where she grew vegetables, raspberries and lots of flowers. She made many meals, cookies, buns and bread and her home was always open for neighbours, friends and family to have a cup of tea and visit. She was a loving, caring, cheerful and positive person who brightened everyone's day who met her. She was a member of the Alexander church and involved with the UCW. Margaret was predeceased by her loving husband, Wendell; her children, Michael, Linda and son-in-law Don Clisby; grandson, David;  parents, James and Isabella Ross; sisters, Mary Lindberg (Carl), Bella Ross, Rose Madder (Frank), Mabel Kelly (Hugh), Jean Pound (Don), and Helen Sibbald (Bill);  brothers, James, Dave (Norrine), Alex (Myrtle) and Don Ross (Marnie). She was survived by her two sons, Don and Frank (Lorraine) and many grandchildren, great grandchildren, nieces and nephews. Margaret will be missed by all that knew her. She made everyone around feel special and will carry on forever in our hearts. Due to covid restrictions, a private Graveside Service will be held at Rosewood Memorial Gardens with Rev. Doug Neufeld officiating. In lieu of flowers, donations may be made to CancerCare Manitoba, 1160-675 McDermot Avenue, Winnipeg, MB, R3E 0V9 or to Strays That Can’t Pay, 625 Franklin St., Brandon, MB, R7A 5R1.