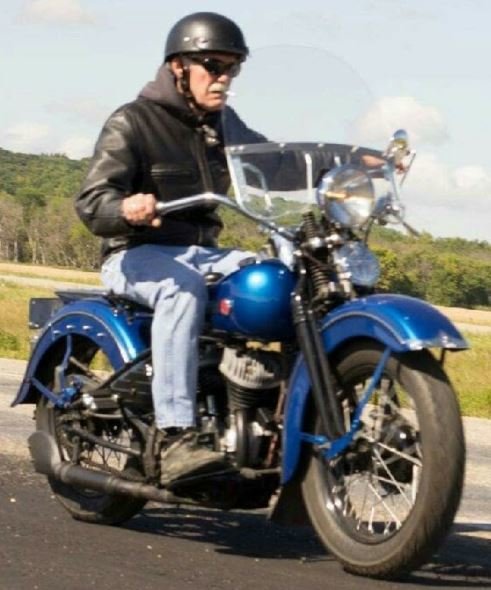 HALFYARD: Donald Rocky Darryl Halfyard passed away peacefully on Saturday, April 17, 2021, in Brandon, MB at the age of 72 with his mother and daughter at his side. Left to cherish Donald's memory are his loving children, John, Meghan, James and Robert (Courtney); grandchildren, Jack, Violet, Alexander, Van and Maren; his mother, Marion Fidler; sister, Shannon McRae and nephew, Jason (Linda); sister, Regan Halfyard and brother, Kelly Halfyard (Jo-Ann). He was predeceased by his father, Don Halfyard; stepfather, George Fidler and brother-in-law, Ken McRae. The son of a military man, Donald grew up in Shilo, Antwerp, Borden and Bramalea. He joined the navy as an electrician after high school. Subsequently, Donald joined Kelly at Canadian Pacific Railway and retired as a conductor in 2008. Upon retirement, Donald hit the open road on his motorcycle and travelled out to Newfoundland where he met countless relatives. Donald talked to everyone. He had many passions which included reading World War II books and everything else, owning Victorian homes, working on model boats, collecting hot wheels and music, playing hockey (goaltender), and riding his bicycle out amongst the Brandon hills. His greatest passions were his children and mother, followed closely by his Harley Davidson motorcycles. In lieu of flower, please consider a donation to Children Believe, 1200 Denison St., Markham, ON, L3R 8G6 or to Operation Smile Canada, 375 University Ave., Suite 204, Toronto, ON, M5G 2J5.

What a long, strange trip it’s been.

Share Your Memory of
Donald
Upload Your Memory View All Memories
Be the first to upload a memory!
Share A Memory
Send Flowers