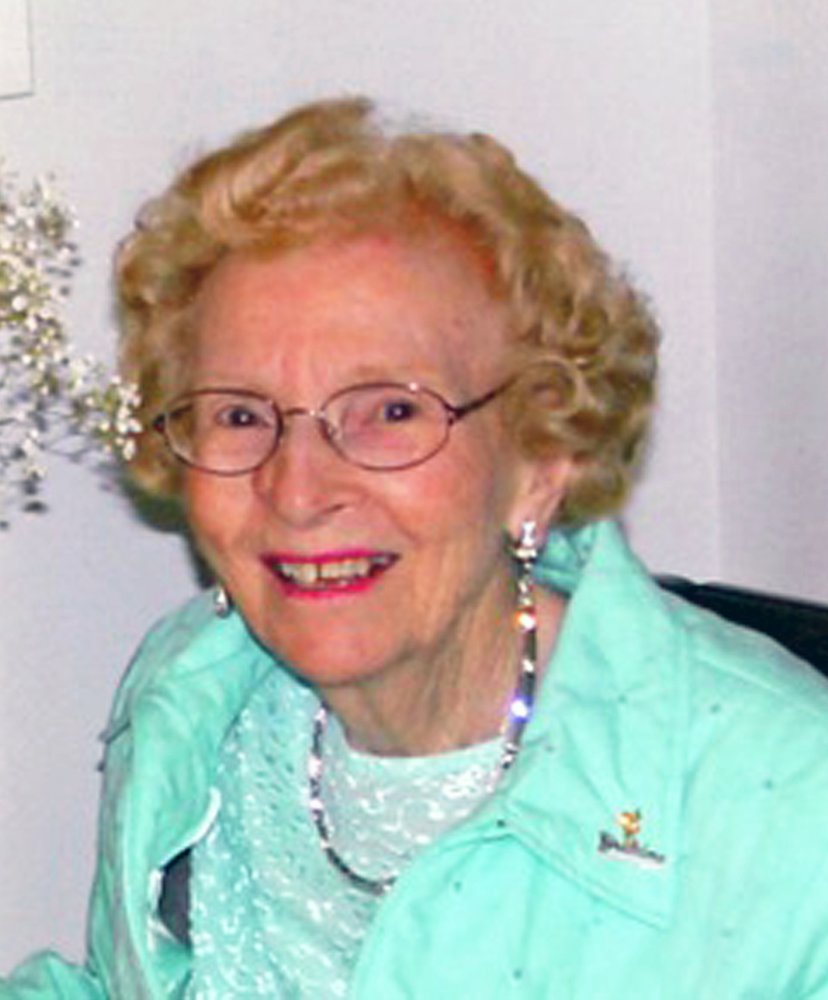 YOUNG: Ellen Jean (Marshall) passed away peacefully at 3:00 a.m. on Thursday, April 29, 2021 in her 102nd year.  Jean was born in the Forest, Manitoba area in 1920 where her parents Katie (Catherine) and George Marshall farmed.  She attended Turriff School for six years until her parents moved to River Glen farm in the Bunclody, MB district.  She enjoyed a happy childhood with her sisters Eleanor, Anne, Shirley and her brother Donnie.  Jean attended Bunclody School then continued high school at the Brandon Collegiate, attended the Wheat City Business College and then graduated as a teacher from the Brandon Normal School.  She taught all grades at Riverside School and then moved on to Elgin where she taught elementary students. Later, once her children were of school age she taught elementary grades at Minto School. During her time at Minto School she also attended Brandon University where she obtained her Bachelor of Teaching degree (1976). Jean married Harry Young of Fairfax, MB in 1943 where they farmed until retirement, moving to Brandon in 1980. She loved the outdoors and her garden.  With Harry, they travelled to every province of Canada, most of the United States, Great Britain (where they visited many relatives from both sides of the family), New Zealand, Fiji, Hawaii, Trinidad and Tobago.  They especially enjoyed traveling overseas to various European cities to attend the Silver Broom Curling championships. Jean was a long time member of the First Presbyterian Church, Heather Club, Queen Mary Chapter of Eastern Star, Westman Retired Educators Association, and involved with numerous other associations including Daly House Museum and the Arthritis Support Group. Jean was predeceased by her husband Harry in 2000 after a very happy marriage of 57 years, their beloved daughter Beverley Basdeo, 2012, her parents Katie and George Marshall, eldest sister Eleanor Sands and her husband Clarence, her brother Donnie and his wife Eva, sister Anne and her husband Allen and her beloved aunt Ellen MacDonald known to all as Naunty as well as her aunt Jessie Payne. She is lovingly remembered by her son Mervin Young, daughter-in-law Katherine, granddaughter Amber and grandson Paul.  Also by son-in-law Sahadeo Basdeo, grandson Narin (Louise), great grandson William, great granddaughter Amelie, grandson Deven (Vindira), great granddaughter Shriya, grandson Kristen (Sheri), great grandson Sanjay, and great granddaughter Priya. Jean is remembered by her sister Shirley Yacyshen and brother-in-law Tony as well as numerous nieces and nephews. Jean moved to Lions Manor in 2001 where she spent almost 20 enjoyable years, making many new friends and where she always claimed her most prized possessions were her car (kept driving until age 97) and her computer, the latter to keeping her in touch with family and friends all over the world. At her request a private graveside service will be held at Brandon Cemetery, with Arlene Robertson officiating. In lieu of flowers, which she dearly loved and received from her family and friends all her life, donations may be made to a charity of choice.