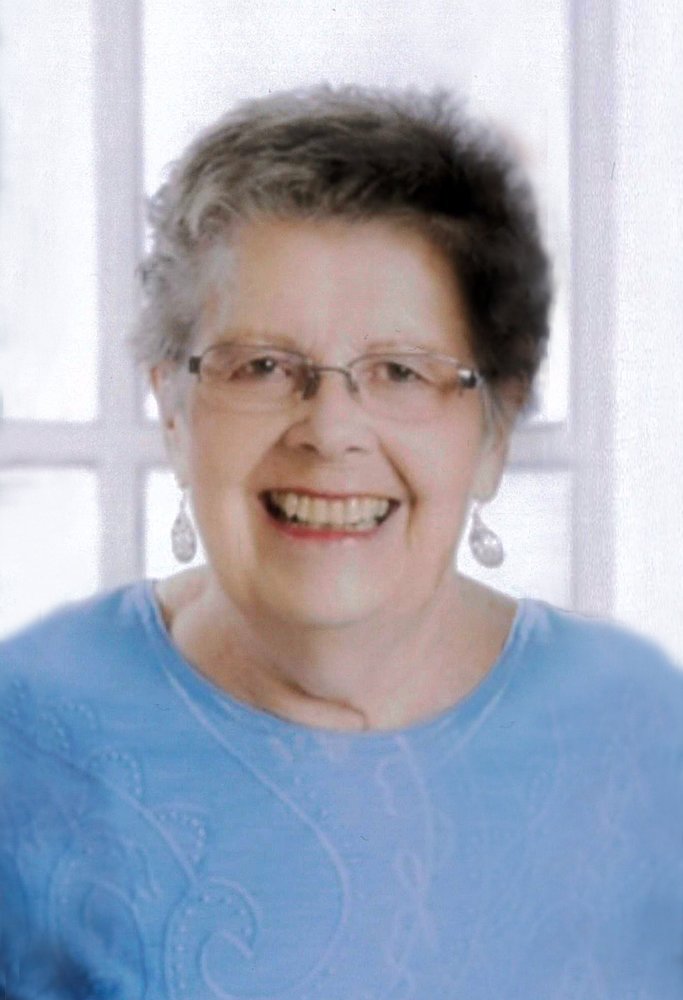 Sally and Peggy, twin daughters of Mildred and James Van Patten were born in Craik, Saskatchewan and they grew up among several of the small towns of Central Saskatchewan.  Sally married Rae on September 8, 1956 in Elfros, Saskatchewan and lived in Brandon, Manitoba until 1962 when they moved to Esterhazy, Saskatchewan.

Two children were born in Esterhazy, Doug in 1962 and Susan in 1964. After a brief move to Weyburn, Saskatchewan from 1971-72 the family came back to Brandon where they made their final home.

She was a loving mother to Doug and Susan, and mother-in-law to Lisa and proud grandmother to Amanda, James, Shelby, Christina and Breanna and an Aunt to many nieces and nephews. The grandchildren will remember her baking, bread, cinnamon rolls, Vinarterta and Haystack cookies. Sally rarely missed attending any event the grandchildren were in and she helped sew their costumes.

Sally was very active in golf, badminton, curling and particularly enjoyed playing any of these as doubles partner with Rae. Rae and Sally also enjoyed dancing together.  Mom took up clogging after retiring and this became a passion for her that she carried on with right through the remainder of her life. She also joined a bowling league. Sally sewed many of the clothes for herself and the family as well as knitted, particularly blankets.

Sally worked a few different jobs in her career however her largest role was the 22 years she spent at Simplot after the family’s return to Brandon retiring in 1994. After retiring Sally seemed to become busier than prior to her retirement.  Her new passion, clogging, was several days a week, golfing, bowling, volunteering with church, enjoying life with Rae and her grandchildren kept her busy and full of life.

Sally is predeceased by her parents James and Mildred Van Patten, husband Rae and sister Peggy.

Special thanks to the doctors and nurses at Brandon Regional Health Centre who provided care to mom.

A private memorial service was held on May 11, 2021 at Rosewood Memorial Gardens, in Brandon, Manitoba with Rev. Doug Craig officiating.