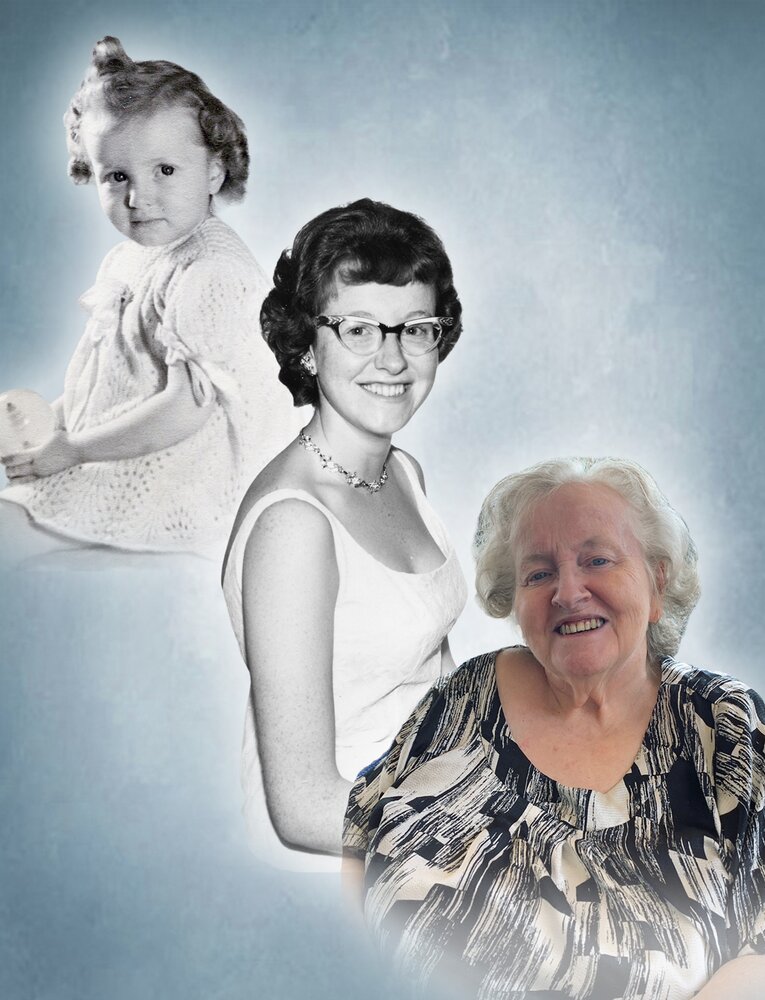 The family invites you to watch the Memorial Service for Sandra. Please CLICK HERE

FRANK: Sandra Vernon Frank (née Spring) passed away peacefully, surrounded by all of her children, at the Elkwood Manor Personal Care Home, Elkhorn, Manitoba on Thursday, August 19, 2021 at the age of 74 years. Born on July 18, 1947 in Vancouver, British Columbia, Sandra was the third child and first-born daughter of William Vernon and Hilda Catherine (née Peart) Spring. As an Air Force family, Sandra lived across Canada including Vancouver, Goose Bay, Calgary, Whitehorse and finally in Rivers, where she met her husband, Jim, in high school. They wed on July 25, 1970. Sandra became a loving mother to three children and a beloved granny to five grandchildren.

While the family was in the air force, Sandra’s early jobs included babysitting, bowling pin setter and lifeguarding. She was the first Secretary at Rivers Collegiate, hired right after her graduation in 1965, and substituted for Home Economics classes. During these years she advocated for improved pay for the secretarial staff in her division. She then was a farm wife, mother, granny, nanny to several children and a caregiver of adults with special needs as well as an end-of-life caregiver to numerous family members.

Sandra was active volunteer with St. James Anglican Sunday School, St. James A.C.W. and Girl Guides, where she was a Brownie Leader – Brown Owl. She also volunteered at Rivers Elementary and Rivers Collegiate throughout the years. Sandra enjoyed crafting all manner of things from knitting to sewing to needlework; she was also interested in photography, gardening and houseplants. As a baker, she was known for her cake decorating skills and brownies. A veracious reader, she also enjoyed travelling, bowling and curling in her younger years. She also had a lifelong love of swimming. Colouring and scrapbooking were favourites in her later years, especially after her Alzheimer’s diagnosis.

A Memorial Service was held at the St. James Anglican Church, Rivers, Manitoba on Thursday, August 26, 2021.

To send flowers to the family or plant a tree in memory of Sandra Frank, please visit Tribute Store
Thursday
26
August