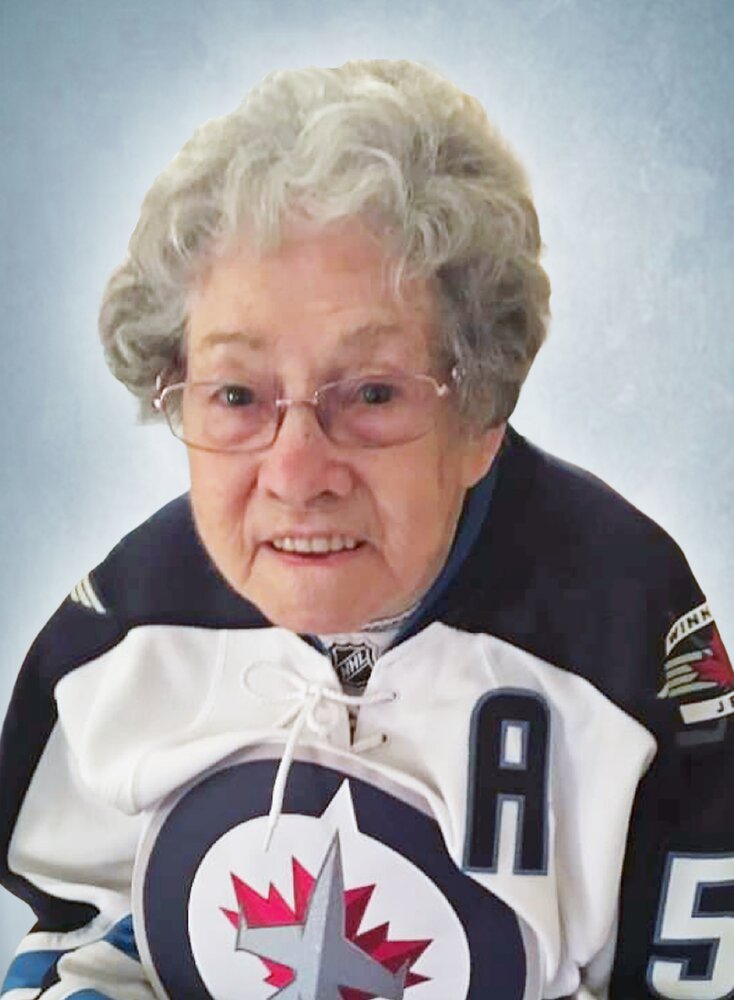 SADOWIAK: Irene Caroline (née Manns) (Botterill) Sadowiak. It is with sadness that we announce the sudden, but peaceful passing of our beloved Mom, Grandma, and Great-Grandma on August 27, 2021, at the age of 95 years at the Assinboine Centre, Brandon, Manitoba. She was born into the large and boisterous Manns clan on December 17, 1925 in Gilbert Plains, Manitoba. Irene was one of 14 children and remained closely connected to her family throughout her life. Irene was predeceased by her husbands, John Sadowiak in 2000 and Jack Botterill in 1968. She was the much loved Mom of Jackie (Laurent), Dave (May), Bonnie (late Dennis) and Lindsay (Lynne). Irene was the cherished Grandma of Chantal (Steve), Matthew (Jenny), Corrie (Sean), Brittany (Spencer), Dana (Anthony), Christopher (Shawn) and the much loved Great-Grandma of Mack, Ruby, Charlotte, Sydney, Adelaide, Quinn, Easton and Emmersyn. Irene is survived by her sister, Anna and sisters-in-law, Marg Manns and Bertha Manns. Irene was a remarkable woman! She was small but mighty and endured many losses and challenges in her life. She was fiercely independent; her motto was one day at a time. She was generally quiet and soft spoken — unless she was watching sports, or winning at bingo! Irene lived in a number of different places in her life. Her life began on a farm near Grandview where she taught school when she was just a teenager, and then headed to Sherridon in Northern Manitoba to work and be with family members. It was in the North that she met our father, Jack Botterill. They moved to Flin Flon, Snow Lake, and eventually made their way to Mackenzie Island, then Balmertown in Northwestern Ontario, where they lived for many years and raised our family. Jack's tragic death at the gold mine in 1968 was an extremely challenging time, but throughout it all, she demonstrated courage and tremendous resilience. Irene remarried number of years later and she and John Sadowiak eventually moved to Winnipeg to "supposedly" retire, but Irene worked for many more years for Homecare. Irene wasn't much for "just taking it easy" — she was always busy and even when she did finally retire, she was very involved as a volunteer with Age of Opportunity, as well as at her church, Grey St. United and a supporter of Siloam Mission. While living in Winnipeg, Mom fell in love with the Winnipeg Jets and was a faithful and outspoken fan! She also loved her Blue Jays to heaven and back, as well as the Winnipeg Blue Bombers. Irene simply loved sports — she was an awesome baseball player in her day and never lost her passion and commitment to team sports. She moved to Brandon three years ago to be closer to her daughter Jackie who has been able to provide ongoing support. Irene Caroline Manns Botterill Sadowiak, lived a long and rich life, filled with adventures, laughter, some tears, all kinds of music (part of the Manns legacy!) and the joy of family and close friends. She will be dearly missed. Cremation has taken place and a private family service in Balmertown will be held at a later date. If desired, memorial contributions may be made to Siloam Mission, 300 Princess St., Winnipeg, MB., R3B 1M3.

To send flowers to the family or plant a tree in memory of Irene Sadowiak, please visit Tribute Store

A Memorial Tree was planted for Irene
We are deeply sorry for your loss ~ the staff at Brockie Donovan Funeral & Cremation Services
Join in honoring their life - plant a memorial tree
Services for Irene Sadowiak
There are no events scheduled. You can still show your support by sending flowers directly to the family, or planting a memorial tree in memory of Irene Sadowiak.
Visit the Tribute Store
Share A Memory
Send Flowers
Plant a Tree