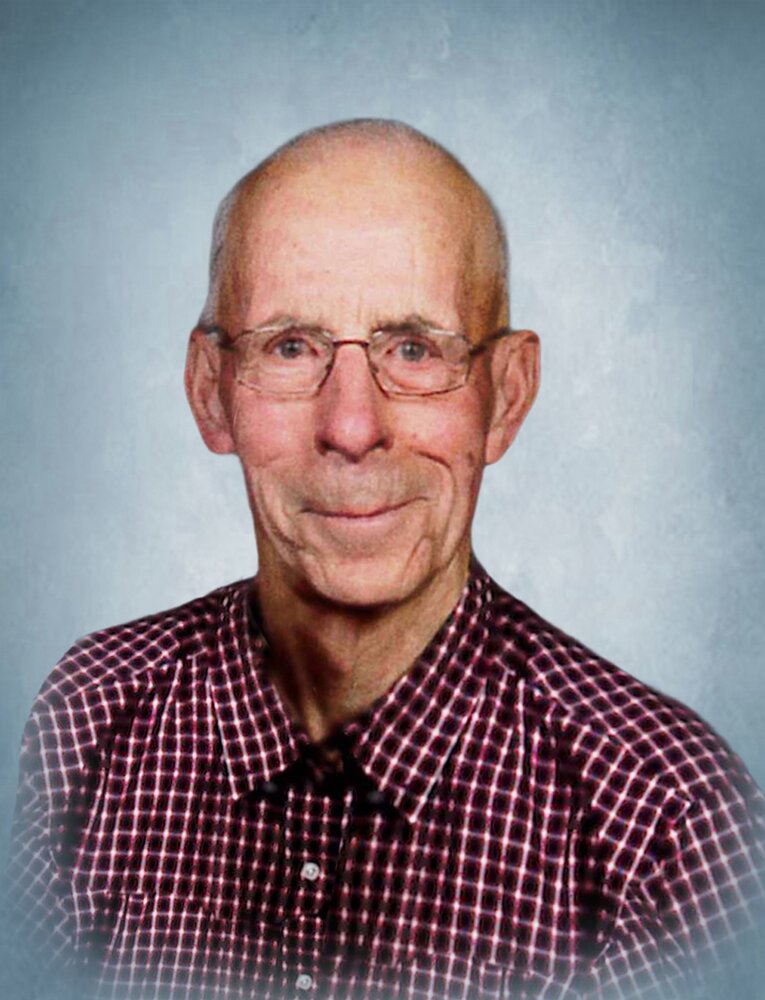 The family invites you to watch the Graveside Service for Ferg Hall. Please CLICK HERE

HALL: Howard Ferguson “Ferg” Hall of Brandon, Manitoba passed away on Sunday, October 3rd, 2021, at the Brandon Regional Health Centre at the age of 91 years.   He was born July 19, 1930, at home on the farm in the R.M. of Ochre River, Manitoba, the youngest of three boys.

Ferg was an extremely hard-working man all his life.  He left school early to “go to work” on the farm.  After a few years, he and his brother Doug bought a bit of land and Ferg worked winters as a labourer, including many stints at a sawmill in Riding Mountain.  Through a lot of hard work over the years (and quite a few sawmill and farm accidents) he bought land, acquired a herd of cattle, and grew a successful farming and cattle operation at the base of the much-loved and scenic Riding Mountain between Makinak and Laurier, Manitoba.

In 1994, at the age of 65 his bother Doug died suddenly and Ferg decided to sell the farm, retire, move to Brandon, get married and inherit two kids, one of whom was still living at home and a teenager!  He managed it all with his usual calm good nature as well as doing several home improvement projects, such as refinishing the basement, building another bathroom and a garage (man shed).   Ferg and his wife Myrna went on several trips: to the Maritimes, Alaska, Cuba, Barbados, and most recently to Churchill.   After retirement, Ferg continued to work, spending 10 years as a very active volunteer building houses with Habitat for Humanity, receiving two awards for his work: the “Golden Hammer” award in October 2005, and the 10th anniversary volunteer award for “Being an inspiration and role model for us all”.  He spent countless hours looking after his big yard, raspberry and saskatoon patches and growing his large and often admired garden while visiting with neighbours over the fence. Even this past summer he had a wonderful garden despite more doctoring for hard to diagnose problems.  Mid-September, he was hospitalized but never got to come home to his garden and loving home again.

Ferg was a pleasant and friendly man, and many have commented on enjoying their chats with him.  He was described as a “gentleman full of compassion and integrity”.  He was always able to rig up a fix for whatever was not working and some of his homemade inventions were very ingenious.  His gardening tips were legendary, and he was a “… favourite thing about coming home to Manitoba”.   He had an amazing memory for dates and was the family encyclopedia on what year anyone in the family was born, died or got married, and what the weather was like that year.

Left to mourn are his wife, Myrna Hall (née Black); stepchildren Heather Garton (Scott Bishop) of Saskatoon, Saskatchewan, and Greg Garton of Calgary, Alberta; and his much-loved grandchildren: Graeme and Cassandra Bishop of Saskatoon, and Drew Garton of Okotoks, Alberta.  Ferg was predeceased by his mother Emma Hall (née Farquhar) in 1982 and his father Henry Hall in 1966 in Makinak, Manitoba, as well as brother Robert Hall of Marathon, Ontario, and brother Doug Hall of Makinak, Manitoba.

A private Graveside Service was held at Rosewood Memorial Gardens in Brandon, Manitoba, on Friday, October 8, 2021, with Rev. Doug Neufeld of Trinity United Church as Celebrant.

To send flowers to the family or plant a tree in memory of Howard Hall, please visit Tribute Store
Friday
8
October

Share Your Memory of
Howard
Upload Your Memory View All Memories
Be the first to upload a memory!
Share A Memory
Send Flowers
Plant a Tree