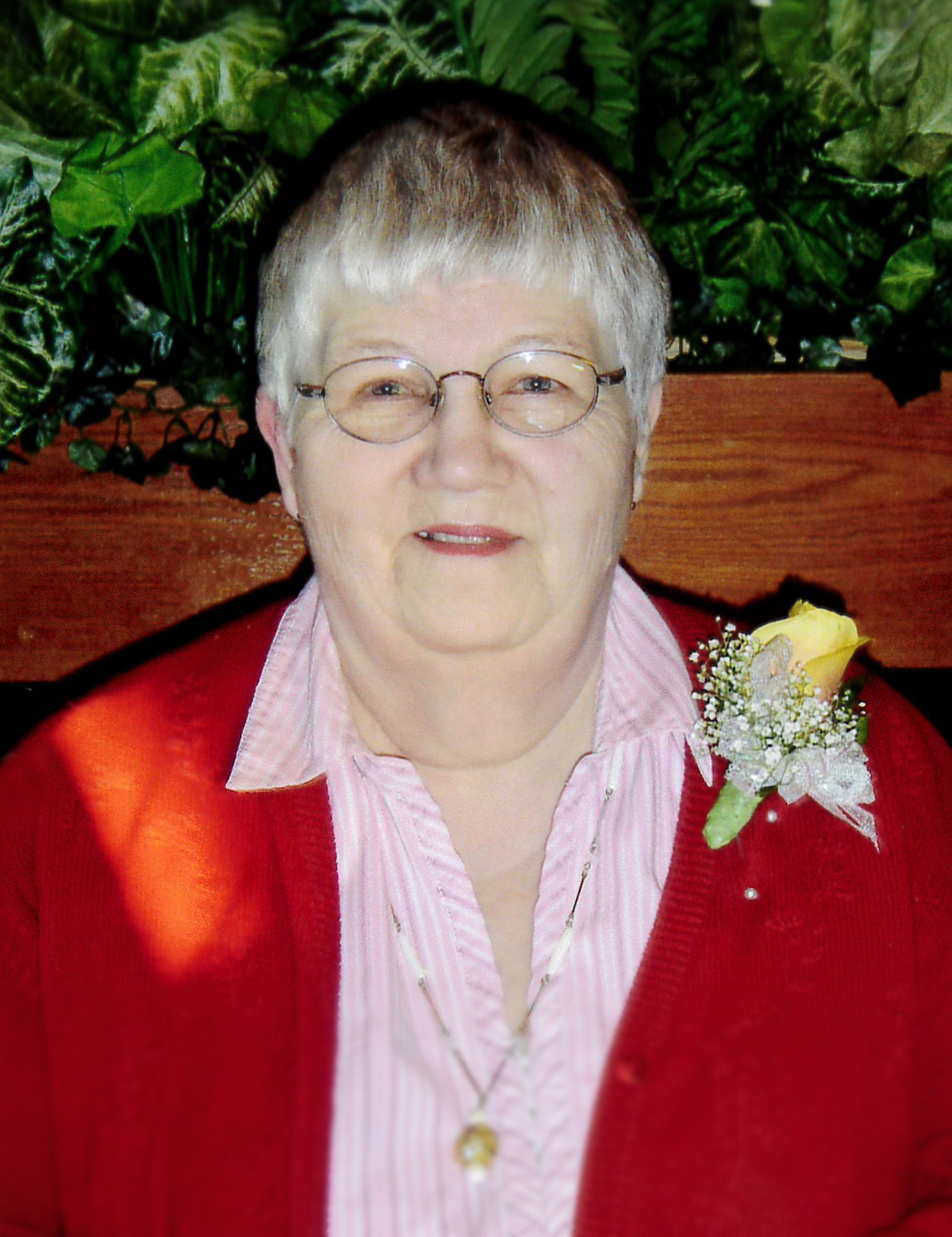 BAKER: Edith Irene Baker (née Stanley), after a lengthy illness, passed away at home peacefully with family by her side on Sunday, October 10, 2021 at the age of 79 years. Edith was born on February 11, 1942 in Brandon, Manitoba to Percy and Helen Stanley. Edith grew up on various farms around Brandon, with her two siblings, Nancy and Jim. She attended Brandon Hills School, Gorrie School and St. Michael’s Academy. Following completion of high school in Calgary, Edith returned to Brandon, obtained secretarial training, which led to her employment with McKenzie Seeds. Edith then met her future husband and love of her life, Norman Baker, who also came from the same local farming community. On December 20th, 1963, Norm and Edith were married in Brandon, Manitoba. That following spring, Edith left McKenzie Seeds and together they moved southeast of Brandon to Norm’s farm, where Edith resided until her recent passing. They were blessed with four children, twin daughters Kathy and Karen, arriving in 1965, followed by sons Ken in 1967, and Kevin in 1969. Edith was a devoted farm wife, Mum and Nana, who thoroughly enjoyed time with family and various community events. She had many hobbies and interests including genealogy, gardening, crafting and photography. Edith was an avid reader and especially enjoyed anything involving history. She was a founding member of the Brandon Hills Fireflies community group, continuing to serve for well over 50 years. Edith is survived by her husband of 57 years, Norman, and her children, Kathy (Mark Maxon), Karen (Brent Keilback), Ken Baker, and Kevin Baker. She is also survived by her grandchildren, Kelsey, Bryce (Sydney), Kendra, Alyse (Gage), and Anthony. Edith is survived by her sister Nancy Stanley, as well as numerous immediate and extended family members. Edith was predeceased by her parents, her infant granddaughter Kayla Maxon, brother-in-law Lyle Baker, brother Jim Stanley, and niece Charlene Stanley. A private Graveside Service was held on Saturday, October 16, 2021 at Brandon Hills Cemetery, officiated by Rev. Harvey Hurren. Donations in memory of Edith may be made to the Brandon Hills United Church, c/o Box 58, RR#4, Brandon, Manitoba, R7A 5Y4 or to the Alzheimer Society of Manitoba, 4B – 457 9th Street, Brandon, MB, R7A 1K2.

To send flowers to the family or plant a tree in memory of Edith Baker, please visit Tribute Store

A Memorial Tree was planted for Edith
We are deeply sorry for your loss ~ the staff at Brockie Donovan Funeral & Cremation Services
Join in honoring their life - plant a memorial tree
Services for Edith Baker
There are no events scheduled. You can still show your support by sending flowers directly to the family, or planting a memorial tree in memory of Edith Baker.
Visit the Tribute Store
Share A Memory
Send Flowers
Plant a Tree