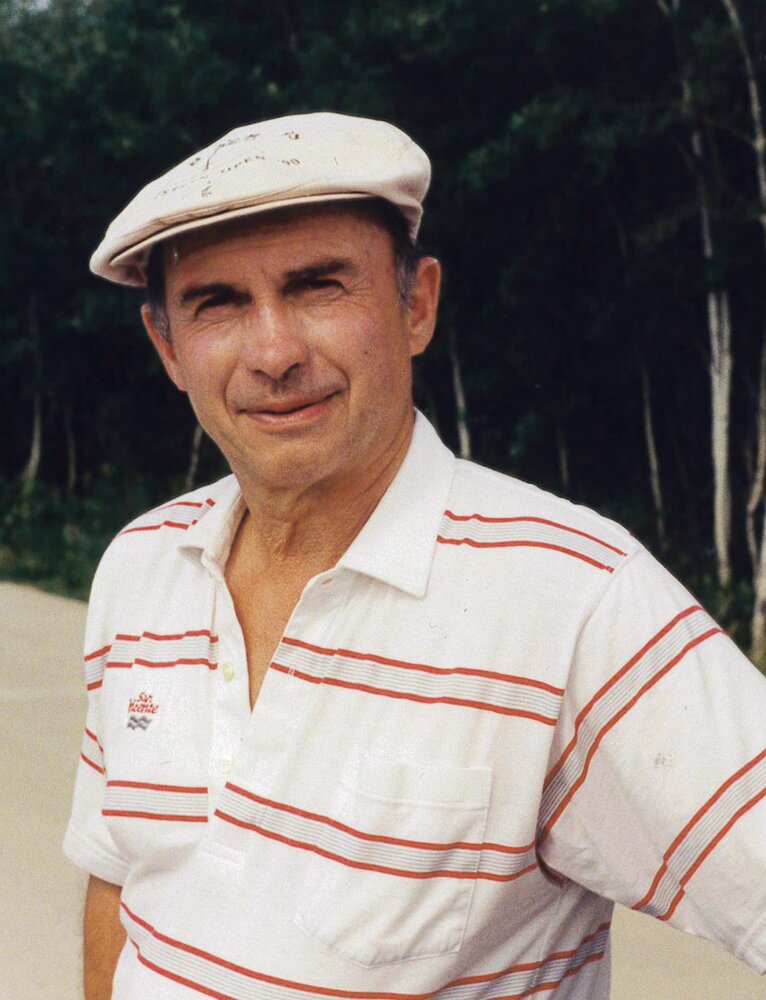 GRIERSON: Duncan James Grierson, owner of Parkdale Builders and contributor at Mulligan’s Driving Range, died in the Palliative Care Unit of the Assiniboine Centre after a short round with cancer. Dunc was 83. He was born in the Deloraine Hospital to Bill and Eva Grierson, who predeceased him. Dunc had a twin brother, Lloyd who also predeceased him. Dunc had two daughters: Rhonda Gruetzner (Olli) of Brandon and Karla, who lives in Toulouse, France. He had one granddaughter, Olivia Auriat of Toronto, Ontario. Dunc married Judith (née Hlady) in September of 1981. Dunc was also a brother to Lorna Doyle (Gary) of Souris; Joe (Bertha) of Hartney; Maxine Forbes (Keith) of Hartney and brother-in-law to Vivian Grierson of Carberry.

Dunc grew up in the small farming communities around Deloraine and Hartney. His family lived on a rented farm that did not get electricity until Dunc was eight years old.  Everyone worked hard, when the chores were done, they would then play baseball in summer and hockey in winter. That was probably where Dunc got his favourite saying “work hard, play hard”. It is also where he got his work ethic. If he was doing a job, he would keep going till the job was finished or the sun went down.  In 1962 Dunc, with his ‘silent’ partner Arnold Cook, bought Parkdale Builders.  During the housing shortage of the 1970’s, the company built hundreds of affordable houses under the ‘Government Assisted Home-ownership Program’. In 1976, he developed Parkdale Heights. In 1979, he built the Colonial Inn, which he and his partner, George Jimas, operated for several years. Dunc ‘retired’ from building around 1985, but continued to manage the apartments they had built.

Dunc kept in contact with many of his former employees and they called upon him, and he them, for help and advice. He was happiest when he had a project.

He was a strong community supporter. He was active in the YMCA, the Brandon Golf and Country Club, the Chamber of Commerce and the many sporting events that came to Brandon – such as the Brier, the Winter and Summer Games and World Youth Baseball.

Dunc was lucky enough to have an eight-ender in curling, but his real passion was golfing.  The happiest day of his life was the first day of golf school, where the pyramid of golf balls never got any smaller. He shot his age at 74 and then again at 78. His one and only hole in one was in 1992 and he had a double eagle (three on a par five) in 1988. Dunc loved golf so much, he for many years organized and sponsored the Parkdale Builders Best Ball League. Dunc was often teased about being frugal, but he was generous to local charities and with his time and support of friends and family. Dunc was a very pragmatic man. When he knew he was dying, he said: “I have had a good life – better than most”. Dunc will be missed. He was liked by all who met him and loved by all who knew him.

Proof of vaccination will be required to attend. Donations in memory of Dunc may be made The War Amps Child Amputee Program “CHAMP”, 1 Maybrook Drive, Scarborough, Ontario, M1V 5K9.

To send flowers to the family or plant a tree in memory of Duncan Grierson, please visit Tribute Store
Thursday
21
October

Share Your Memory of
Duncan
Upload Your Memory View All Memories
Be the first to upload a memory!
Share A Memory
Send Flowers
Plant a Tree