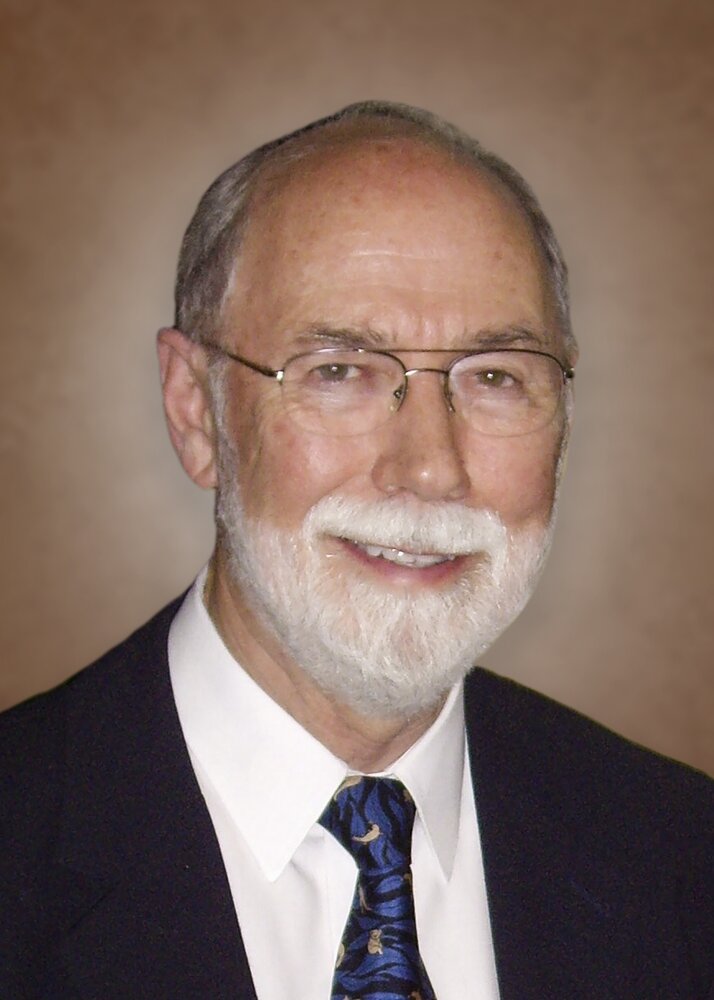 It is with great sadness that we announce the passing of our beloved father and husband Melville George Stewart Roberts on Tuesday October 12, 2021.

Mel was born April 10, 1940 in Peterborough, ON to James and Ethel (née Dale).  He was the youngest of 5 children (Jean, James, Shirley, and Ethel).  His love for classical music was encouraged from a young age, and his passion for the clarinet began as a teenager when he received his brother’s hand me down instrument.  As an adult he went on to play in the Brandon Community Orchestra, the Winnipeg Westwood band, Oompah band during Winterfest, and yearly attended band camp at the International Peace Gardens.

Mel set out to follow in the family tradition as an Engineer, until an elective course taken in his first year inspired him to switch paths.  Mel graduated from the University of Western Ontario Medical School, class of 1965.  It was during this time that Mel met his wife Carol (née Goulding) at Saint Thomas Psychiatric hospital, where we have been assured they were both working for the summer.  Their first date was an auspicious one, which Carol had not been informed of.  Mel thought that she was to be his blind date, for a double date to the horse races in London, ON.  Carol thought she was being given a lift to London to visit her uncle who was in hospital.  While on the road to London, Mel made enough of an impression that Carol decided to join him at the races since her uncle was in a coma and would not know if she had visited.  Taking pity on Mel’s losing streak, Carol suggested they form a partnership so long as she got to pick the horses.  This partnership was fruitful netting a profit of 8 dollars, a marriage of 57 years, 4 children (Steven, Peter, Lisa, and Diane), and 4 grandchildren (Julie, Michelle, Julian, and Sophia).

Upon graduation from medical school, Mel and Carol moved to Edmonton where he completed his training in Orthopaedic Surgery.  With thoughts of being closer to family, they settled in Brandon in 1971 where he practiced medicine for 45 years at the Brandon Clinic and Brandon General Hospital.

Even with his busy practice, he was a loving husband and indulgent father who was generous with his time and attention.  No matter how late he finished his day, he always made us feel that he was delighted to play a game or throw a ball with us.  Summer holidays were family time spent at Pelican Lake, boating, playing games and allowing us kids to help him add a pound of nails to the cottage.  He always encouraged our participation, and was never critical of our efforts even when it slowed him down.

He was a quiet man, softly spoken, who often amazed us with his vast knowledge of trivia.  Mel lived his life with no fuss or theatrics.  He was so easy to be with.  A gentle, gentleman to the very end.  We are grateful for the time he spent with us.  His wonderful smile and sense of humor will be greatly missed.

A funeral service will be held at St. Matthew’s Cathedral, 403–13th Street on Wednesday, October 20, 2021 at 2:00pm.  Proof of vaccination will be required to attend.  Donations in memory of Mel Roberts may be made to Samaritan House Ministries, Safe and Warm program (820 Pacific Ave, Brandon MB R7A 0J1) or Brandon Regional Health Centre Foundation (150 McTavish Ave E, Brandon MB R7A 2B3).

To send flowers to the family or plant a tree in memory of Melville Roberts, please visit Tribute Store

A Memorial Tree was planted for Melville
We are deeply sorry for your loss ~ the staff at Brockie Donovan Funeral & Cremation Services
Join in honoring their life - plant a memorial tree
Services for Melville Roberts
There are no events scheduled. You can still show your support by sending flowers directly to the family, or planting a memorial tree in memory of Melville Roberts.
Visit the Tribute Store

Share Your Memory of
Melville
Upload Your Memory View All Memories
Be the first to upload a memory!
Share A Memory
Send Flowers
Plant a Tree