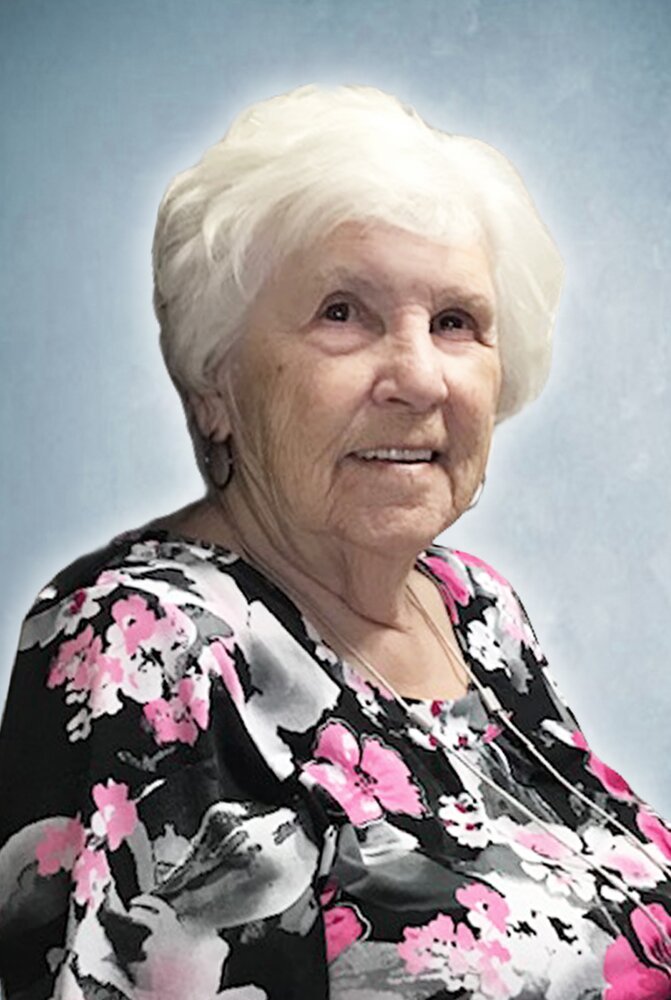 The family invites you to watch the livestream of the Celebration of Iola's Life. Please CLICK HERE

Iola was born at her parent’s home in Plumas, MB in 1929. She was the eldest of 5 daughters born of her parents Winnie and Bill Hammond. Iola is predeceased by her sisters, Deanna (Bullee), Shirley (Clark) and Maureen (Strain); her only living sister, Lee (Sandburg) lives in BC.

At 4 years of age, Iola, a very bright and curious child, was sent to Langruth, MB to begin grade 1 where she boarded at a farm a mile out of town. She boarded and schooled there from grade 1 to 11 and wasn’t able to return home to visit very often. This created a young life too often away from parents and siblings. From a very early age, she felt a motherly responsibility in her sisters’ lives. Iola then moved to Portage La Prairie to complete her grade 12.  She then became a teacher to grade 1-9 children in Langruth before returning home to Plumas to help with her sisters. Working as a waitress, she saved enough money to put herself through the 3 year nursing program at the Grey Nuns in Regina. She began her studies in 1949 and upon completion was awarded the Gold Medal in Theory. Many years later, Iola attended the University of Toronto to complete course material necessary in her role as head of Public Health in Virden and area.

She met her future husband, Henry Penner, at a baseball game in 1951 during a break in nursing studies. Both Iola and Henry knew that they had met the person they wanted to marry and did so on July 5, 1952 in Hartney, MB.  They went on to have 4 children: David Brent (Colleen Smith), Arden Anne (Will Bigelow), Carol Lynn (Jim Giesbrecht) and Erin Joy (Foulkes) and numerous grandchildren and great-grandchildren.

Life wasn’t always easy during those years of raising a family but Iola and Henry both worked very hard to provide for their family. They experienced many adventures together and they also spoke of the time later in life where they were able to have a “very late and overdue childhood” together as they enjoyed wonderful get-togethers at their farm in the valley with family and friends...bonfires, ski doo parties, amazing meals, boating on their lake, and so much more.

Iola and Henry moved to British Columbia after their youngest child finished school where she worked as a Public Health Nurse in Lyton, BC and then as Zoning Nursing Officer out of Victoria, BC.

Iola lost her husband in 1983 while they were living in Mill Bay, BC.  After a time, Iola returned to Manitoba to be close to her children and settled in Brandon where she lived for the remainder of her life. Up until her retirement, she worked for the Province of Manitoba in Public Health. Iola’s hobbies included playing the organ, painting, and designing and growing amazing flower gardens in British Columbia and Manitoba.

Iola loved all her children, grandchildren and great-grandchildren a great deal and gave so much more than she had ever known herself.    She will be so lovingly remembered and missed.

A private Celebration of Iola's Life will be held at First Baptist Church with Pastor Andrew Lortie officiating.

In lieu of flowers, donations may be made to the Canadian Cancer Society, 5151, boul.de l’Assomption, Montreal, QC, H1T 4A9, or toward Brandon’s Memorial Bench program.  Please contact daughter, Erin Foulkes, at efoulkes@mts.net for information regarding the bench program.

Share Your Memory of
Iola
Upload Your Memory View All Memories
Be the first to upload a memory!
Share A Memory