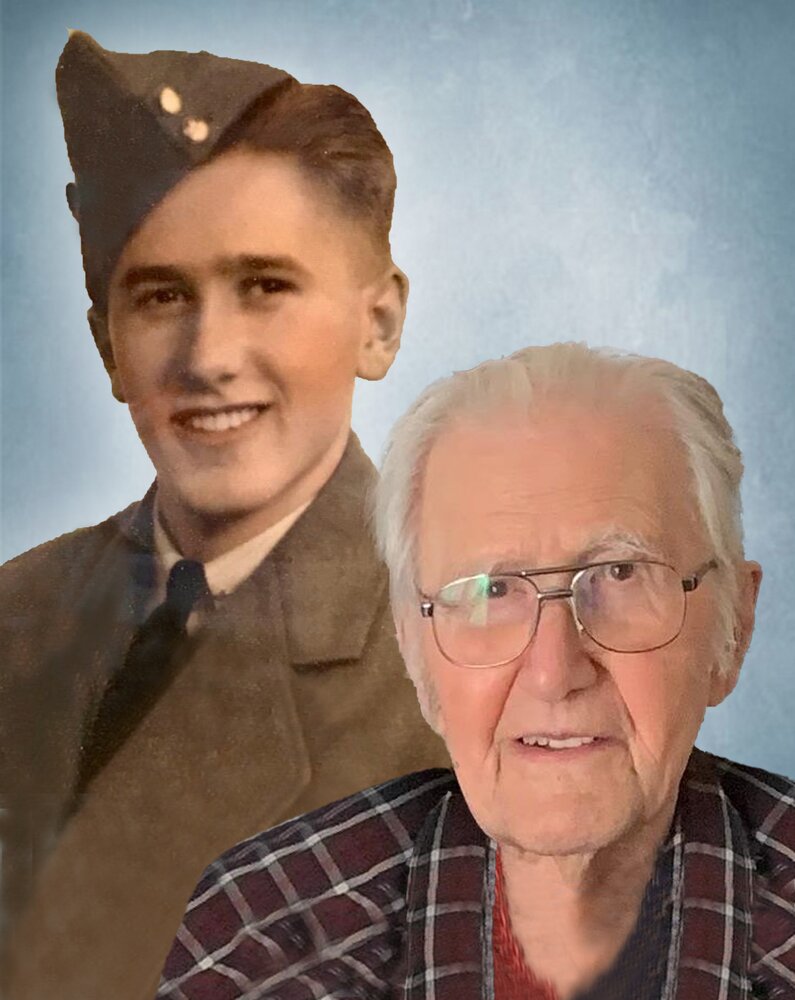 SMITH: Harold Lorne Smith passed away peacefully, with family by his side, at the Brandon Regional Health Centre on Tuesday, November 2, 2021, at the age of 98 years. He was born and raised in Dauphin, Manitoba where he met his wife Heather Lois (née Birss), to whom he was married for 65 years. An Air Force veteran, Harold earned his wings on August 14, 1942 in Dunnville, Ontario. During the Korean War he rejoined the RCAF subsequently serving as an F-86 Sabre pilot in 4 Wing Germany. Before retiring from the Rivers Air Base, Manitoba in 1968, he flew Arctic Reconnaissance in WWII Lancaster bombers from Uplands Airport, Ottawa. He then became a long-time resident of High River, Alberta where he worked as a car salesman, real estate agent and hobby beekeeper. His travel interests were facilitated by his self-restored Airstream before progressing to RV’s. An outdoors person, he loved fishing, camping and visits to ‘The Farm’. In 2005, Harold and Heather moved to Brandon to be closer to family.

Harold was predeceased by spouse Heather and grandson Adrian. He is survived by two children: Lorne Smith (Corinne) and Judy McIntosh (Andy); four grandchildren: Jennifer, Jared, Kyle and Felicity and six great-grandchildren: Zach, Tyler, Owen, Stella, Ruby and Arabella. Remembered by family and friends as “Mr. Fix It”; he was extremely knowledgeable and studied/researched a variety of subjects, including nutrition —through manuals, books and the internet. He strived to live the healthiest life possible and made his own bread and soup regularly.

Harold was very proud to have stayed in his own home until August of this year. He managed his diabetes, for over 50 years, using an insulin pump for the last 26 years.

Special thanks to the army of home care workers who made daily house calls during COVID and latterly to all the attentive staff assigned to the Assiniboine Centre along with Dr. T. Fourie and Rev. Joe Ball. As per Harold’s request, no formal service will be held. Donations in memory of Harold may be made to Diabetes Canada, 401-1 Wesley Avenue, Winnipeg, MB, R3C 4C6; The Canadian Lung Association, 885 Meadowlands Dr., Suite 502, Ottawa ON, K2C 3N2; or Seniors for Seniors, 311 Park Ave E, Brandon, MB R7A 7A4 or to a charity of your choice.

Share Your Memory of
Harold
Upload Your Memory View All Memories
Be the first to upload a memory!
Share A Memory