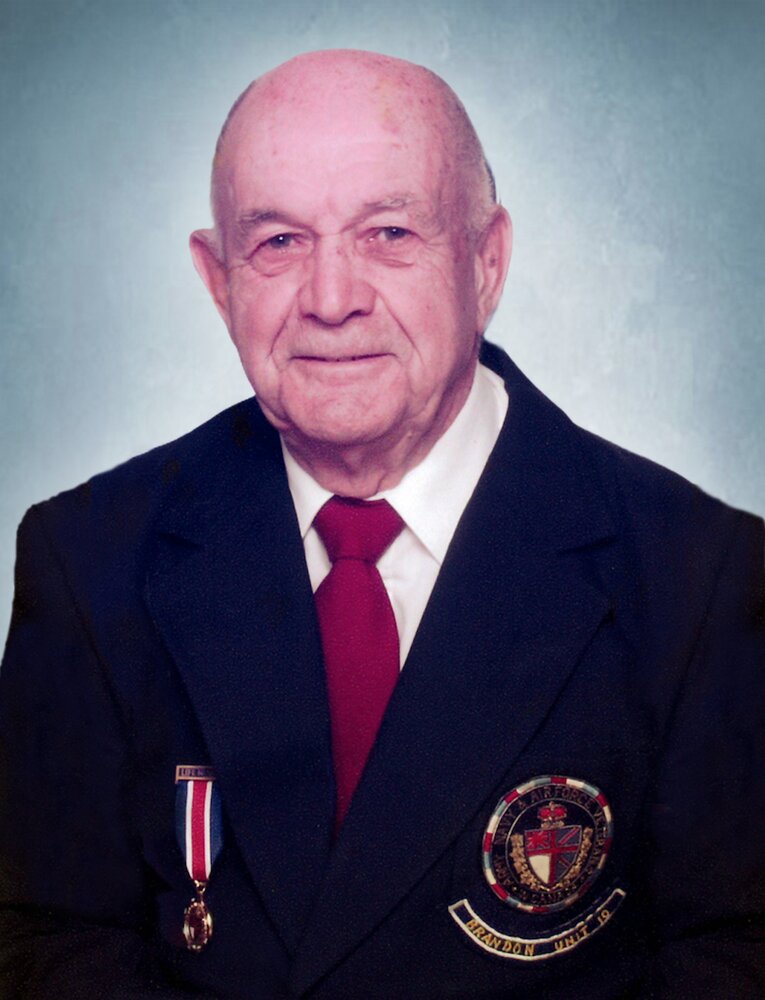 Please share a memory of Robert to include in a keepsake book for family and friends.
View Tribute Book

DENBOW: We regretfully announce the passing of Robert William (Bill) Denbow on Monday, November 15, 2021 in Brandon after a short hospital stay, at the age of 91 years.

Bill was born on January 17, 1930, spending most of his younger years in Alexander and then high school in Brandon. He was predeceased by his parents Robert C. Denbow and Elspeth J. Denbow (née McIlquham). Bill was the eldest of five children: Yvonne (Norman) Mitchell, Allan (Elspeth) Denbow, Irene (Jim) Crang, and Jack Denbow. Bill was predeceased by Allan in 2007 and Irene in 2021.

Bill worked as a mechanic in Brandon, first at Powell Equipment, followed by many years at Western Motors, then Brandon Automobiles before finishing his career at the City of Brandon maintenance shop.

Bill met his wife, Marie Chudley, when they both were staying at his Aunt Mary’s Boarding House. They married on September 5, 1952. They had five children: Barbara (Garry) Nunns, Gary (Lillian), Murray (Shannon Haithwaite), Sandra (Lyle) Wenger, and Duane.

Bill was a lifetime member of the Army and Navy Club where he served on many committees over the years. He supported the Club any way he was able to, but known to many, in recent years, as a regular winner at the Meat Draws.

Bill was an avid golfer since his retirement in 1992, and up until last year still played regularly. He was also still curling.

Bill lost his wife Marie in 2015 after a very long illness, but still maintained his own home, and did most of the summer yard work. He walked regularly and recently bought a recumbent bicycle to stay in shape.

A Funeral Service will be held at the Brockie Donovan Chapel, 332-8th Street, on Friday, November 26, 2021 at 1:30 p.m., with reception to follow at the Army and Navy Club, 31 14th Street, immediately following the service. In compliance with Public Health Orders, proof of full vaccination will be required to attend. Urn bearers will be grandsons Corey Denbow and Erik Wenger. ﻿Donations in memory of Bill may be made to a charity of your choice.

To send flowers to the family or plant a tree in memory of Robert Denbow, please visit Tribute Store
Friday
26
November

Share Your Memory of
Robert
Upload Your Memory View All Memories
Be the first to upload a memory!
Share A Memory
Send Flowers
Plant a Tree