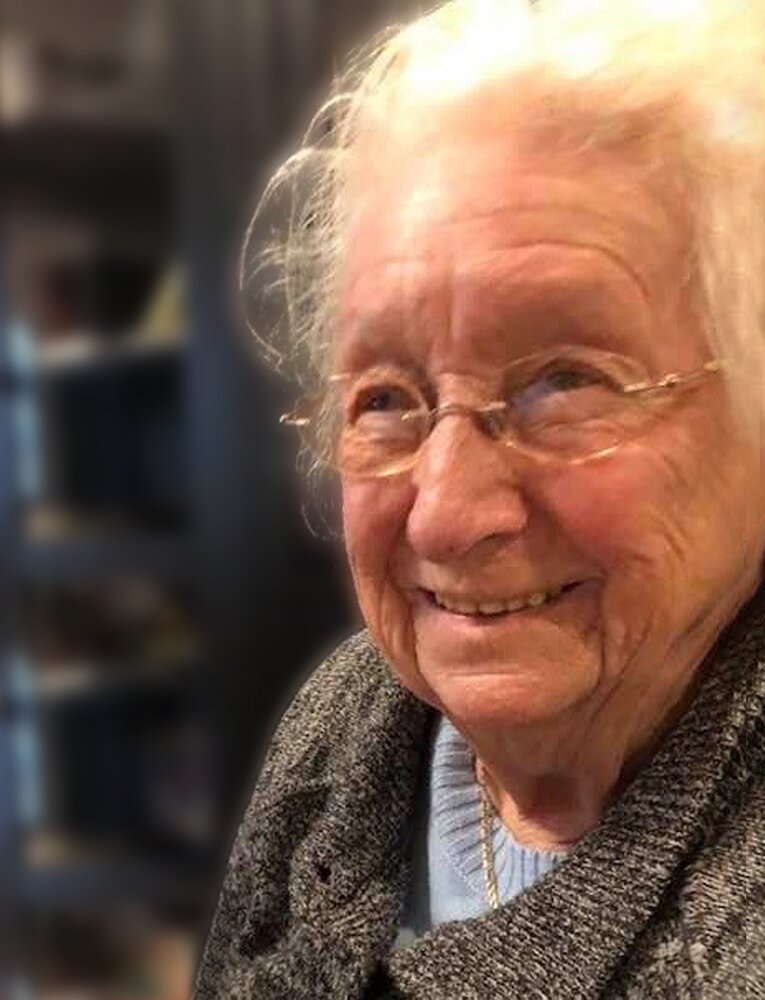 Known as Lida by friends and loved ones, Lidmila Stepanek is being lovingly remembered after slipping away in her sleep at the young age of 89 on November 13, 2021.

Whether joining a ski patrol as a young woman or taking a trip to Antarctica in more recent years, Lida was always up for an adventure. Usually travelling with her sister, she explored every corner of the world, with a special fondness for her home in Prague, Czech Republic, and the warmth and friendly nature of Hawaii. She spent many hours (days even) on planes, boats and automobiles, never getting enough of taking in new sites and making friends wherever she went.

The hardship of living in communist Czechoslovakia, full of political strife, led Lida, Milos (husband) and Didi (daughter) to immigrate to Canada in 1969. This hardship shaped Lida’s later years and resulted in a lifetime of frugality and of collecting memories and items. Visitors to her home could always expect to have a snack served; if you were a savoury kind of person, she had dark rye bread and cheese; if you had more of a sweet tooth (like herself), there was always chocolate to be had. Gifts for future Christmases and birthdays were piled high in her closet so she was always prepared. Proud of the accomplishments of her grandchildren and missing friends from around the world, her fridge and freezer were covered in newspaper clippings and drawings, letters and postcards.

After arriving in Canada, she and her family settled into life in Calgary. It was here that they adopted their second daughter, Delilah. Lida lived in Calgary until heart problems forced her to move to Brandon, Manitoba, where she also was able to spend more time with her grandchildren.

When not travelling, especially during her 17 years residing in Brandon’s Lions Manor, she was fond of challenging (and often winning) everyone at a game of bridge. Lida’s stubbornness meant she wasn’t always the nicest to be around but with a grumble and sly smile, she usually got her way, even if it was just for the best seat at the latest bridge tournament.

Jaded by divorce and Delilah choosing to stay with Milos, she warned her granddaughters to be wary of men and grandsons to make sure they treat women well; while in the same breath praising all the significant others for their help moving furniture, fixing the computer and any other task that came along.

She loved all things cute and fuzzy, especially dogs and her great-grandchildren. She would stop in her tracks, anywhere, to pet a dog or snuggle a baby.

Lida was pre-deceased by her parents and her beloved sister and travel companion, Blazena Karasova. Left with fond memories, she is survived by her daughters Delilah Stepanek of Toronto and Didi Stepanek (Harold Fung) of Brandon, her six grandchildren and seven great-grandchildren, and extended family in Prague.

Funeral services are private and for immediate family only. Those wishing to honour her life are asked to donate in her name to the Brandon Regional Health Centre Foundation in lieu of flowers.

To plant a beautiful memorial tree in memory of Lidmila Stepanek, please visit our Tree Store

A Memorial Tree was planted for Lidmila
We are deeply sorry for your loss ~ the staff at Brockie Donovan Funeral & Cremation Services
Join in honoring their life - plant a memorial tree
Services for Lidmila Stepanek
There are no events scheduled. You can still show your support by planting a tree in memory of Lidmila Stepanek.
Plant a tree in memory of Lidmila

Share Your Memory of
Lidmila
Upload Your Memory View All Memories
Be the first to upload a memory!
Share A Memory
Plant a Tree