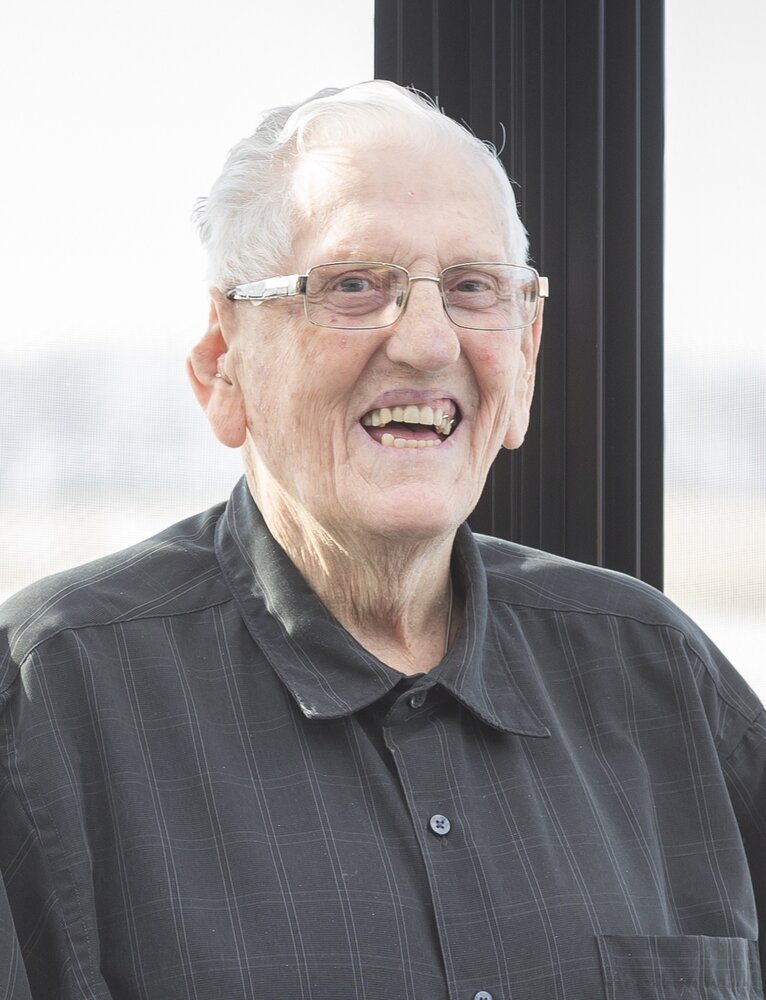 Richard “Dick” Lougheed passed away peacefully at the Brandon Regional Health Center on December 8, 2021, at the age of 85.

Richard was born in Regent, Manitoba, on March 6, 1936 to Percy and Margaret (Hean) Lougheed. He was the eldest of three children. The family lived in both Carroll and Brandon. Dick went to live and work on his Uncle Edgar’s farm in Regent, Manitoba. Dad always had many stories to tell about his time on the farm. This is where he met and later married Lois (Monkman). They lived in Deloraine, Manitoba where they raised 5 of their 6 kids. Dad worked in numerous towns across Saskatchewan and Manitoba as a carpenter for the elevators.  In 1966, they moved to Brandon where their 6th child was born. He continued to work for various housing companies. In September of 1992 he got on as a carpenter with the Department of National Defense in Shilo. When Dad retired in 1998, they moved to Lake Metigoshe and made that their home. They added on to the cabin that dad built in 1973. Dad had a workshop and enjoyed many hours working in it. He also enjoyed being out on the water in his pontoon boat.

Dad had a love for all sports. He played hockey where he tells us he was the brute force of the teams he played on. He later started playing softball. It was playing ball where he had some of his best times, fondest memories and proudest moments. Dad was inducted into the softball hall of fame 3 times, in 2004, 2009 and 2015. Golf also became one of Dad’s passions, which he enjoyed with his friends.

In 2010, due to the lake living being too much for Dad to handle, he moved back to Brandon. In 2018, Dad then moved to Hobbs Manor where he resided until his passing. It was in Hobbs that he met many new friends. He enjoyed their daily morning talks, as Dad called it, in the “bullshit” room. Residents have told us that Dad will be missed at Hobbs. He was always able to keep the conversation lively.  Crib and Shuffleboard were also other activities that Dad enjoyed.

Dick is survived by 3 daughters: Diane Gladden of Bandon, Patti (Franklin) Toms of Brandon, Elaine Hopkins (Mark) of Saskatoon, and a son. He is also survived by 13 grandchildren, 17 great grandchildren and 2 sisters.

He was predeceased by his dad Percy, mother Margaret, son Wayne, daughter Lisa, a great granddaughter and numerous aunts, uncles, and cousins.

The family would like to thank Dr. Butler, Dr. Kassier and all the hospitalists and nursing staff at BRHC for the care that they gave to Dad.

Cremation has taken place. A private family Graveside service was held at Rosewood Memorial Gardens, followed by A Celebration of Dad’s life with his family and friends at the Royal Canadian Legion #3 on Friday, December 17, 2021.

Donations in memory of Dad can be made to the Heart and Stroke Foundation, 1379 Kenaston Blvd., Winnipeg, MB, R3P 2T5 or to the Canadian Cancer Society, 5151, boul. De I’Assomption, Montreal, QC, H1T 4A9.

When Tomorrow starts without me and I’m not there to see;

If the sun should rise and find your eyes all filled with tears for me;

I know how much you love me, as much as I love you,

and each time that you think of me, I know you’ll miss me to

So when tomorrow starts without me,

Don’t think we’re far apart, for every time you think of me,

I’m right here in your heart.

To send flowers to the family or plant a tree in memory of Richard Lougheed, please visit Tribute Store
Friday
17
December

Share Your Memory of
Richard
Upload Your Memory View All Memories
Be the first to upload a memory!
Share A Memory
Send Flowers
Plant a Tree