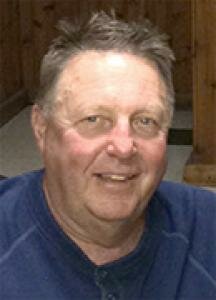 BRYSON: Harley John Bryson passed away peacefully surrounded by loved ones at the Brandon Regional Health Centre on Monday, December 13, 2021, at the age of 69. Harley will be lovingly remembered by his wife of 46 years, Coleen, and his children, Tyler, Jeremy and daughter-in-law, Devon, grandsons, Brier and Lincoln. Harley leaves to mourn his sister, Alana and brother-in-law, Vern, and sisters-in-law and brothers-in-law, Sandra (Larry), Karen (Bob), Cheryle (Dwayne), Ronelda (Wayne), as well as numerous nieces and nephews and friends. He was predeceased by his parents, Allan and Annie Bryson; in-laws, Ronald and Florence MacKay; grand-parents, John and Lauretta McMechan, and John and Sarah Bryson; and a favourite aunt, Mary McMechan. Harley was born on May 8, 1952, and grew up on the family farm in the community of Goodlands in South-western Manitoba. He enjoyed the "farm boy" life of hunting, baseball, hockey, and weekly trips to Deloraine. He loved his music and his "Walkman". He attended Goodlands Elementary, and graduated from Waskada Collegiate. During his last few years of high school he formed friendships that would last a lifetime. Following a year of Business Administration at Assiniboine Community College, Harley joined the Brandon Police Service in 1974, and the following summer, in 1975, married Coleen MacKay of Alexander. Son, Jeremy, was born in 1980, and Tyler in 1983. Harley, Coleen, and the boys spent many fun holidays camping. A favourite camp outing was the May long weekend with extended family at William Lake in the Turtle Mountains – canoeing, fishing, hiking, and a campfire. Harley always took an interest in young people's activities whether it be with his own sons, or the many friends that congregated at the family home. Harley was very proud of his sons, especially when, as adults, they purchased Calgary Lock and Safe. The birth of his two grandsons, Brier and Lincoln, brought a new light to Harley's life, and a broad smile to his face. Coleen and Harley enjoyed their many trips to Calgary to see these little guys. Harley worked his way up through the ranks of the Brandon Police Service, starting as Constable, promoted to Detective, Sergeant, Staff Sergeant, Inspector, and Acting Chief of Police. One of his appointments as Inspector was as Aide de Camp to the Lieutenant Governor. Harley was the recipient of many awards during his thirty-six year career with the Brandon Police Service including the Minister of Justice Excellence in Law Enforcement Award in 2007. At the end of his career he worked outside of the Brandon Police Service for a 1 ½ year secondment to the RCMP Integrated Unit in Vancouver for the 2010 Winter Olympics. During his time with the BPS, Harley and Coleen enjoyed the many opportunities for socializing – gun shoots, police balls and socials. Good times with good friends. Harley loved the sport of curling and shared this love with young people, and adults too, who wished to take up the sport. He coached at the Brandon Curling Club, and was instrumental in setting up a youth development program that began in 1993. That same year he won the Brandon Curling Club's Don Murray Memorial Award which is presented to individuals who best exemplify the qualities of sportsmanship, ability, and dedication to the game of curling. He was a willing volunteer at club events, and served for ten years on the Brandon Curling Club Executive. He never missed the end-of-year Survivor Bonspiel in Souris. He loved "curling" people; the atmosphere of a curling club. Motorcycling was another passion of Harley's. He enjoyed his "Harley", and the many trips taken with friends in Canada and the US over a period of 20 years. One of his favourites was the Sturgis Motorcycle Rally, and he had many a story to tell when returning from these trips. Harley and Coleen were able to enjoy some travelling in their retirement to destinations in Mexico, Cuba, Jamaica, the Dominican and Arizona. Harley's retirement dream was to build a cottage at Lake Metigoshe where he spent many of his teenage years. This became a reality, and Harley and Coleen enjoyed ten wonderful years at Metigoshe – pontooning, fishing, hiking, and entertaining family and friends at the cottage. Harley was very family-oriented, and loved being around people, and will be sadly missed by his large family group and friends. We wish to express our appreciation and gratitude to the staff at CancerCare Manitoba, and to Dr. Moller and the wonderful nurses at the Brandon Regional Health Centre, for their outstanding care and compassion. The family invites you to attend a Celebration of Harley's Life, to be held in the Imperial Ballroom at the Victoria Inn, Brandon, on Saturday, June 4, 2022 from 2:00 p.m. to 4:00 p.m. A private family interment will be held at Rosewood Memorial Garden.

To send flowers to the family or plant a tree in memory of Harley Bryson, please visit Tribute Store
Saturday
4
June

Share Your Memory of
Harley
Upload Your Memory View All Memories
Be the first to upload a memory!
Share A Memory
Send Flowers
Plant a Tree