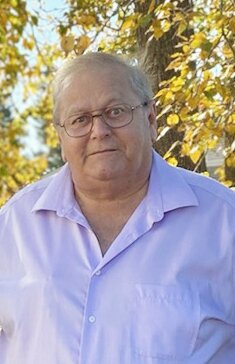 WRIGHT: Harvey Clarence Wright passed away unexpectedly at the Brandon Regional Health Centre on Monday, December 13, 2021 at the age of 65 years. Born on August 17, 1956 in Hamiota, Manitoba, Harvey lived in Rapid City for most of his life, moving from the country into town when he was seven years old. He attended Rapid City Elementary and graduated high school from Elton Collegiate. Harvey worked hard his whole life. He started working straight out of high school and had a great business sense. He ended his career as the manager of Roger’s Video before his retirement. Harvey was very active in the community; his favourite being the Rapid City Lions Club. A real people person, Harvey was always interested in politics and the community. Harvey’s grandchildren were everything to him. He was a huge part of their lives and would do anything for them. They spent a lot of time together, going on adventures or just sitting and telling stories. Harvey will be lovingly remembered by his wife Janet, daughter Loraine (Oscar) and grandchildren Samuel and Gabriela; sister Eva (Bryan); sister Kim and nieces: Amber (Kofi); Lisa (Tim) and his aunt Marie. Harvey is predeceased by his parents Helen and Clarence Wright; sister Irene and brothers Fred and Murray. A Family Graveside Service for Harvey’s Life will be held at the Rapid City Cemetery on Monday, December 20, 2021 at 2:00 p.m. with Orland Usick officiating. Interment will be at the Rapid City Cemetery. Donations in memory of Harvey may be made to the Rapid City Lions Club, P.O. Box 53 Rapid City, MB, R0K 1W0.

To send flowers to the family or plant a tree in memory of Harvey Wright, please visit Tribute Store
Monday
20
December