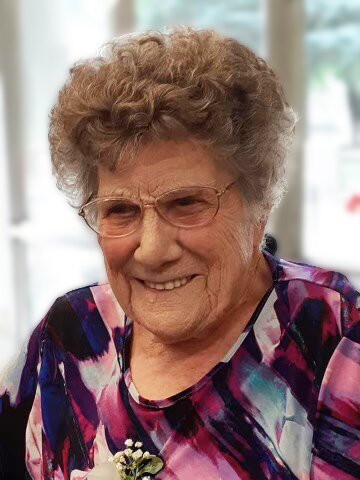 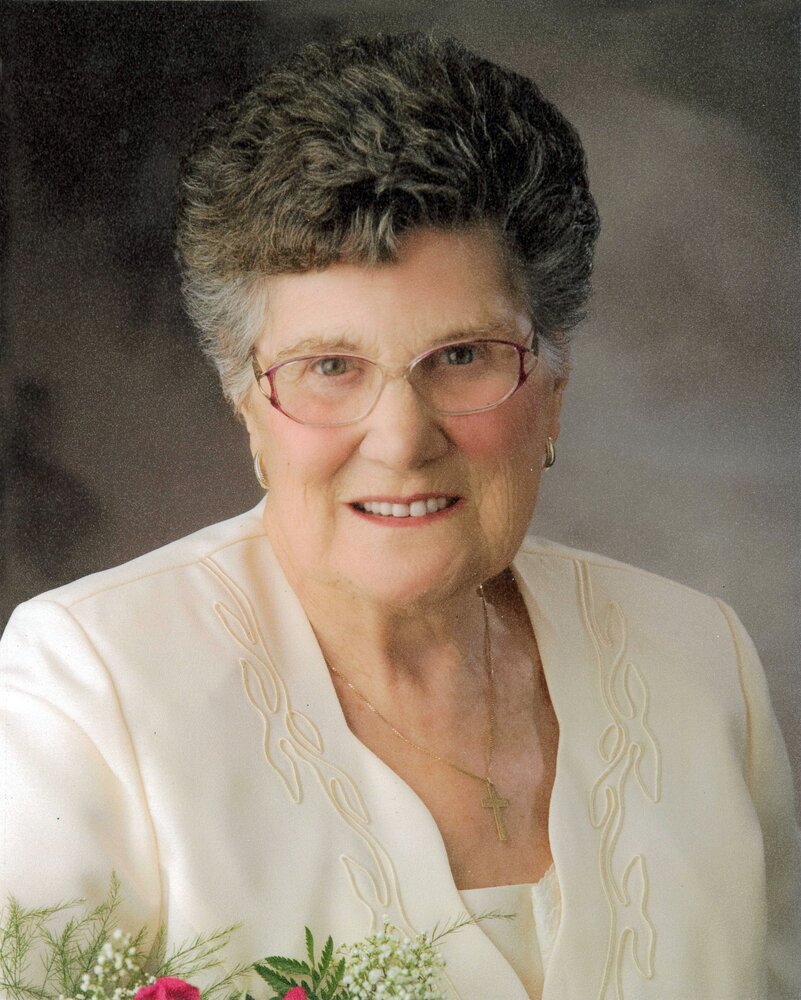 The family invites you to watch the livestream of the Celebration of Faith's Life. Please CLICK HERE

BATT: Faith Gladwynne Annie (nee Miller) passed away peacefully at the age of 96 on January 2, 2022 at the Hillcrest Place Personal Care Home in Brandon.

Faith was born in Bournemouth, England and had a pleasant childhood with her parents Albert and Gladys Miller and her siblings Phyllis and Raymond before being exposed to the dreadful times of the Second World War. She did well in school and was gifted at knitting, sewing and related handicrafts. She was working as a switchboard operator when she met Canadian Air Force sergeant Bill Batt. They married in 1944. Bill returned to Canada at the end of 1945. She followed with her 18-month old son in 1946. After crossing the Atlantic on the Queen Mary and Eastern Canada by rail she arrived in Brandon to be met by Bill and father-in-law, Bert, and begin her new life.

Faith faced cultural challenges in her new country but found other women from Britain with whom to share life stories with the Canadian War Brides of World War Two. She made lifelong friendships with several of those women. She attended the highlight visit by the queen to Winnipeg in 2010, and often pointed out that she and the queen were the same age.

Faith’s affection for the old country was forever and her British accent was always so lovely to hear. She returned to England several times with one or two of her children, and was always so pleased when her family from England came to visit her in Canada.

Faith was constantly sewing, crocheting, knitting or doing needle point and made countless clothing items for her children. The highlight for each daughter was making all of their wedding and bridesmaids dresses. To help “make ends meet”, she took in sewing for others, was an Avon representative and, later, was a switchboard operator at the Brandon General.

Music was always important to Faith, whether she was singing in St. Mary’s Anglican Church choir, playing the piano, or dancing. She and Bill took up square dancing and together they led several dancing tours across Canada, the U.S., England and Australia. After Bill couldn’t square dance anymore, she continued dancing by taking up clogging. The dancing highlight for Faith was teaching troupes of senior cloggers that won two medals at the Calgary Stampede.

Faith lived in many diﬀerent places, but one always felt welcome when they entered her home. She and Bill lived in the country for a few years near Kemnay. They also had a cabin at Clear Lake for many years, where they enjoyed ﬁshing and family time. After Bill’s health declined, they moved back to Brandon and lived brieﬂy on 5th Street and then the Lions Manor. Bill passed away in 2000. She had a brief second marriage to widower, Terry Ryan, who was originally from New Zealand. Terry passed away just a few years later. In her last few years she lived at Victoria Landing, before moving to Hillcrest Personal Care Home, which provided superb loving support as her physical and cognitive health failed.

A celebration of Faith's life will be held on Saturday July 2, 2022 at St. Mary's Anglican Church, 401 1st St., Brandon, MB at 11:00 a.m. For those unable to attend, the family invited you to watch the celebration of Faith’s life by visiting her tribute page at www.brockiedonovan.com.

Donations in memory of Faith may be made to the Heart & Stroke Foundation, 1379 Kenaston Blvd., Winnipeg, MB, R3P 2T5, www.heartandstroke.ca or to the Alzheimer Society of Manitoba, 4B-457-9th Street, Brandon, MB, R7A 1K2, www.alzheimer.mb.ca.

To send flowers to the family or plant a tree in memory of Faith Batt, please visit Tribute Store

A Memorial Tree was planted for Faith
We are deeply sorry for your loss ~ the staff at Brockie Donovan Funeral & Cremation Services
Join in honoring their life - plant a memorial tree
Services for Faith Batt
There are no events scheduled. You can still show your support by sending flowers directly to the family, or planting a memorial tree in memory of Faith Batt.
Visit the Tribute Store

Share Your Memory of
Faith
Upload Your Memory View All Memories
Be the first to upload a memory!
Share A Memory
Send Flowers
Plant a Tree