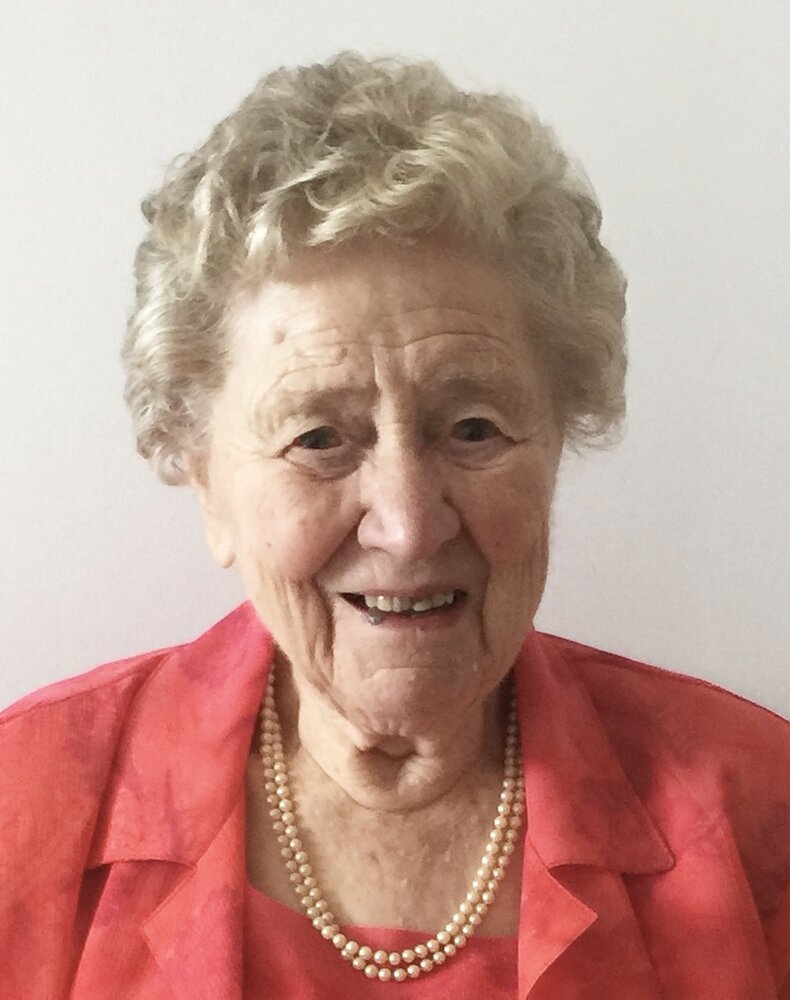 The family invites you to watch the Livestream of the Celebration of Life for Allie on Monday, January 31, 2022 at 2:00 p.m. CST. A link will be provided prior to the service.

LEACHMAN: Alice May Leachman passed away peacefully on January 5, 2022 at the age of 101 years.  She was born near Belmont, Manitoba on June 21, 1920 to John Albert and MaryAnne Chambers (Thomson). Alice was raised on a farm near Belmont and attended school in Belmont.  She became a registered nurse in January of 1947 and nursed in Brandon, Wawanesa and the Ninette Sanatorium for many years. She married Morley Howard Leachman on June 20, 1947 and they resided on the family farm near Wawanesa for almost 50 years until his passing in March of 1997.  Alice remained on the farm until moving to the Lions Manor in Brandon in December of 1999. Alice is survived by her sons, Greg (Shannon) and Clark (Tannis); six grandchildren, Chad (Adrianna), Derek, Graeme, Tara (Perry), Nicholas (Joy), Jeffrey (Christy); 6 great-grandchildren; three sisters; one brother; nieces and nephews.  A Celebration of Life will be held at Central United Church, 327 8th Street, Brandon, MB on Monday, January 31, 2022 at 2:00 p.m. For those unable to attend, the family invites you to watch the livestream of the Celebration of Life for Alice. Donations in memory of Allie may be made to CNIB, 354 10th Street, Brandon, MB, R7A 4G1 or to a charity of choice.

To send flowers to the family or plant a tree in memory of Alice Leachman, please visit Tribute Store
Monday
31
January

Share Your Memory of
Alice
Upload Your Memory View All Memories
Be the first to upload a memory!
Share A Memory
Send Flowers