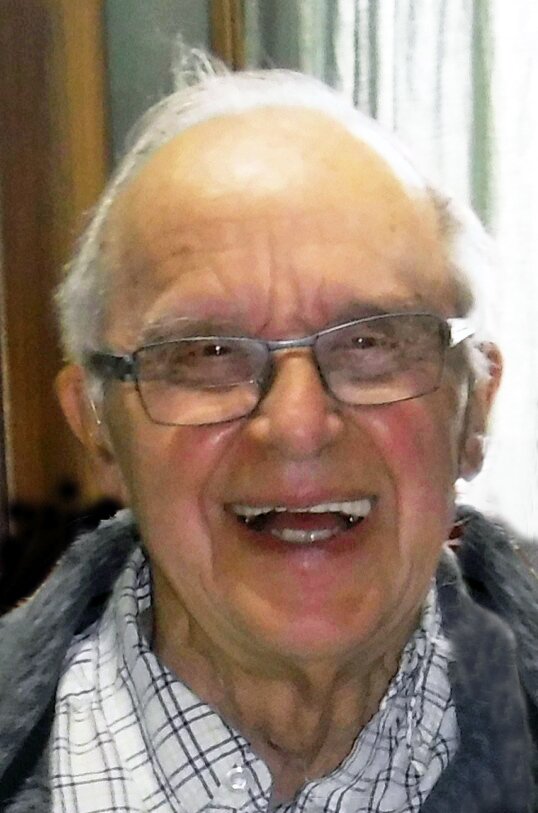 Please share a memory of Wayne to include in a keepsake book for family and friends.
View Tribute Book

Suddenly at his residence in Rivers Manitoba, Wayne Lionel Brown passed away on Tuesday, January 18, 2022. He was predeceased by his parents Martin and Martha Brown/Braun. Left to cherish his life are his wife Florence; children Jason Braun, his wife Jennifer and children Emerson, Edison and Eloise of Rivers Manitoba; daughter Carrie Andersen and her children Holden and Conrad of Denmark. Wayne was born on December 12 1942 and grew up on a small farm near Whitemouth, Manitoba.  After completing high school in Whitemouth, he went to Winnipeg to attend Success Business Collage.  Early in 1970, Wayne started to work for Canada Post and was a Post Master at various towns around Manitoba for 30 years. Later that year, on June 20th, he married Florence and they spent 51 wonderful years together. Throughout his life, he was a member of the Lutheran Church and enjoyed teaching Sunday School and being a youth leader. He continued working with young people as a 4-H leader and a Cub and Scout leader. Wayne loved art and drawing and used his skills to paint the wildlife and birds that he saw around him.  For many years he painted on rocks and went to craft sales with Florence in the West-Man area. After retiring and moving to Neepawa, he became a teacher in the Adult Literacy program. Wayne was always active and loved sports.  He curled, played baseball and in later years slow-pitch until he was 73 and bowled with Florence until the day before his untimely death.  He was a long-time fan of the Toronto Maple Leafs, Winnipeg Blue Bombers and Dodgers.  As the grandchildren became involved in baseball and curling, he enjoyed watching them and taking them to their games and tournaments. Wayne had a great passion for reading and shared this love by reading to pre-schoolers at the library, to nursery school children and especially his own grandchildren. He was involved in local drama productions and enjoyed having the opportunity to play the constable in 'Fiddler on the Roof' in the Strathclair production, twice. Wayne and Florence were members of the 55+ Club in Rivers.  They participated in the various activities and enjoyed travelling to other senior centres for the West-Man Senior Games. During Covid, Wayne and Florence spent many hours exploring back roads birdwatching and photographing them.  They enjoyed going on hikes and picnics with their grandchildren.  Even our kitchen became part of the 'Covid bubble' where they made homemade noodles, baked biscuits, or ate grandpa's famous pancakes. A funeral service will be held at a later date when Covid restrictions ease. Donations in memory of Wayne may be made to the Heart & Stroke Foundation, 1379 Kenaston Blvd., Winnipeg, MB, R3P 2T5 or to a charity of your choice

To send flowers to the family or plant a tree in memory of Wayne Brown, please visit Tribute Store

A Memorial Tree was planted for Wayne
We are deeply sorry for your loss ~ the staff at Brockie Donovan Funeral & Cremation Services
Join in honoring their life - plant a memorial tree
Services for Wayne Brown
There are no events scheduled. You can still show your support by sending flowers directly to the family, or planting a memorial tree in memory of Wayne Brown.
Visit the Tribute Store

Share Your Memory of
Wayne
Upload Your Memory View All Memories
Be the first to upload a memory!
Share A Memory
Send Flowers
Plant a Tree