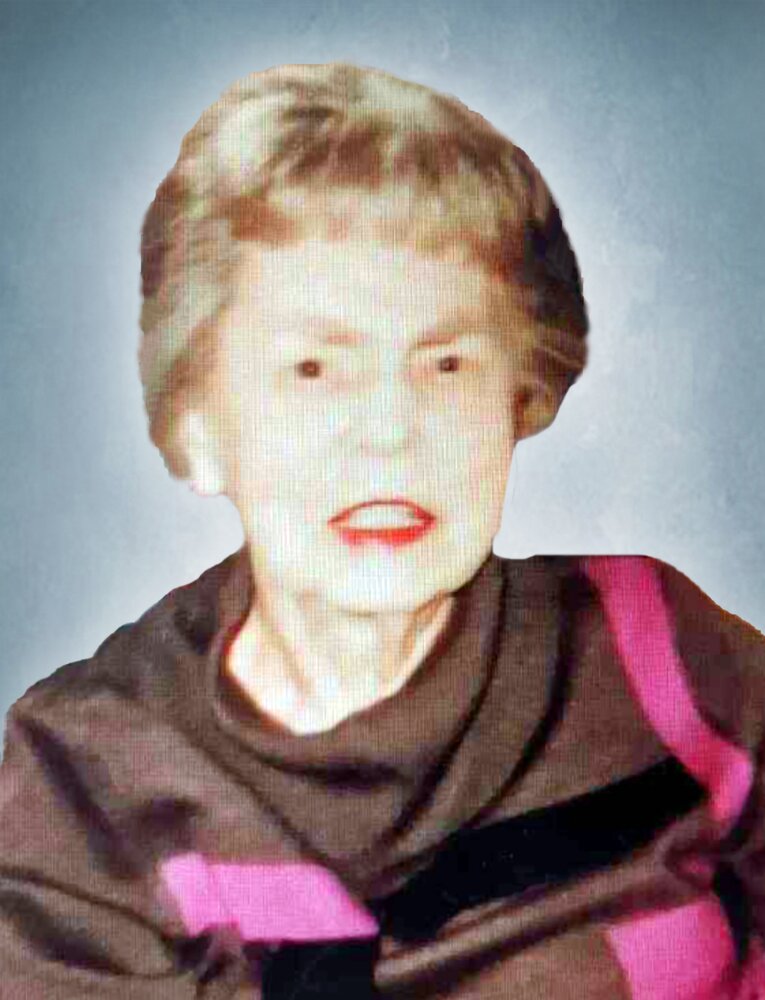 Please share a memory of Donalda to include in a keepsake book for family and friends.
View Tribute Book

UNDERHILL: Grace "Donalda" Mary Underhill passed away at Fairview Personal Care Home in Brandon, Manitoba on Saturday, January 22, 2022 at the age of 95 years. Donalda was born on May 15, 1926, the only daughter of George and Mary Underhill of Moline, Manitoba. Donalda grew up on the farm with her three brothers, Holton, Calvin and Rod. She attended school in Moline, Rapid City High School and Wheat City Business College in Brandon, Manitoba. She moved to Vancouver, British Columbia where she was employed by the Compensation Board for a number of years. Donalda enjoyed travelling, including trips to Europe and Alaska. She later returned to Rivers, Manitoba and resided with her parents. For the past several years she had been a resident of Fairview Personal Care Home. Throughout her life her many interests included reading, music, ceramics, knitting, crocheting and embroidered sewing. Donalda was predeceased by her parents, George and Mary Underhill; brothers, Holton and CaIvin; and niece, Karen Underhill. Donalda will be missed and remembered by her brother, Rod (Ila); niece, Rodale (Mike) Ketcheson; nephews, Norman (Sandi) Underhill and Neil Underhill. She will be remembered by six great nieces and nephews and eleven great-great nieces and nephews. A graveside service with immediate family was held on Thursday, April 28, 2022 at Rosewood Memorial Gardens. The family would like to extend their thanks to Fairview Personal Care Home first floor staff for their care of Donalda while she was a resident, and to Brockie Donovan and staff for their professional guidance. Donations in memory of Donalda may be made to the Heart & Stroke Foundation, 1379 Kenaston Blvd., Winnipeg, MB, R3P 2T5 or to CancerCare Manitoba, 1160-675 McDermot Avenue, Winnipeg, MB, R3E 0V9.

To send flowers to the family or plant a tree in memory of Donalda Underhill, please visit Tribute Store

A Memorial Tree was planted for Donalda
We are deeply sorry for your loss ~ the staff at Brockie Donovan Funeral & Cremation Services
Join in honoring their life - plant a memorial tree
Services for Donalda Underhill
There are no events scheduled. You can still show your support by sending flowers directly to the family, or planting a memorial tree in memory of Donalda Underhill.
Visit the Tribute Store

Share Your Memory of
Donalda
Upload Your Memory View All Memories
Be the first to upload a memory!
Share A Memory
Send Flowers
Plant a Tree