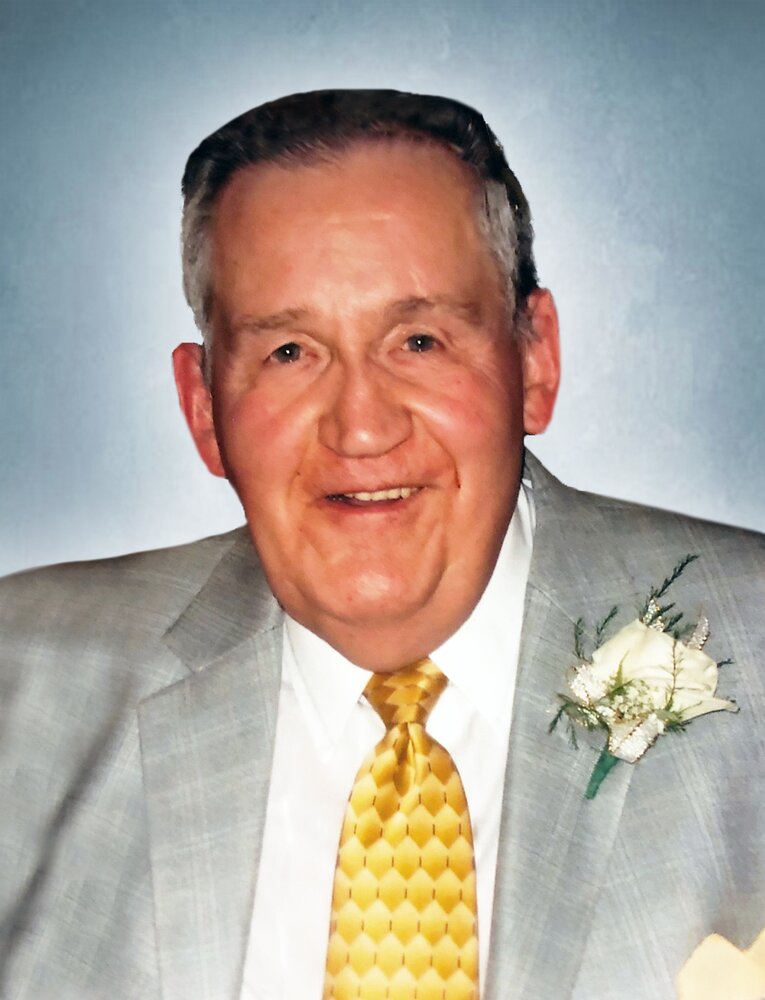 The family invites you to the Celebration of Ron’s Life. Please CLICK HERE.

VOY: Ronald Alfred Voy passed away peacefully at Fairview Personal Care Home on Tuesday, February 8, 2022 at the age of 91 years.

Ron was born on March 15, 1930 at the Brandon Hospital, he was the only child of Alfred and Bertha (Davies) Voy. Brandon has always been home for Ron. He attended Alexandra, Earl Oxford School, Brandon Collegiate and then the Business Course at the Wheat City Business College. He was a Boy Scout and Air Cadet. After school and Saturday’s he stocked shelves and delivered prescriptions for Smith’s Drug Store (then Johnson’s Drug Store) on his bicycle, even in the winter on the hilly streets of the East End. The neighbour kids went to St. George’s Sunday School so Ron went with them and was confirmed. One Sunday as a member of the Junior Choir he said he even sang a solo.

Ron clerked in Brockie Voy Furniture Store where his father was a partner until he bought the furniture business from Mr. George Brockie. He was a partner with his Dad in Voy’s Furniture Ltd. until it’s closing May 31, 1970.

Ron was a member of the Brandon Flying Club, and the Junior Chamber of Commerce. At the time of the store closing he was Vice Chair of the Mercantile Section of the Chamber of Commerce. After a few months of considering his future, Cal Szakacs persuaded Ron to work for him at Mutual Life of Canada.  There began a satisfying career until retirement May 31, 1995 and an enduring friendship with Cal and his wife for over 40 years.

Ron took courses, studied, and wrote exams to achieve the Chartered Life Underwriter Certification in 1974. For a few years after, he monitored classes for other local agents in their quest for the same goal. Ron served as Chair of the Brandon Life Underwriters, and at retirement he was Chair of the Ethics Committee.

In October of 1957, Amy Moffat went to the furniture store to buy a bed and the rest is history. They were married on May 30, 1959 at St. Matthew’s Cathedral and have been faithful members since. Ron served several terms of Vestry, including the organizing of the “three day gift mart” in the late 1960’s and ‘70s. He served as Sidesman Coordinator for 13 years.

Ron and Amy’s marriage was blessed by their children, Craig and Holly, with Ron being a hands on Dad from the beginning, always proud of their achievements.

A lifelong hockey fan, Ron was on the bus to Winnipeg for the infamous 8th game of the 1949 Memorial Cup when his beloved Wheat Kings lost to the Montreal Royals. When there was no hockey in Brandon, Ron was on the executive of Frank Boucher’s Brandon Regals. In 1958, he joined several Brandon business men who brought the Deloraine Junior B’s to town. With Jake Milford as their coach, they became the Brandon Wheat Kings. For many years Ron held season tickets until his body preferred the comfort of home to listen to all the games rather than chilly winter exists from the Keystone Centre.

Ron, Amy, Craig and Holly enjoyed several motor holidays in Canada and in the USA, with summertime always at Clear Lake. In 1980, they bought a cabin in the Old Campground and it became Ron’s Mecca. A walk, a bike ride and a relax in a chaise until time to BBQ.

Ron and Amy took a number of air travel trips, many to warm climates, but their favourites were to Britain, where they were always warmly received by their cousins ‘from near Dover to the Orkney Isles”. Scenery was lovely but the family visits were so special.

When Craig and Holly presented grandchildren, Ron and Amy travelled to Alberta for Easter, Thanksgiving and Christmas to spend precious time with them all until health issues did not permit travel.

A Memorial Service for Ron will be held at St. Matthew’s Cathedral on Wednesday, February 16, 2022 at 2:00 p.m. with The Rt. Rev. Jim Njegovan officiating. In compliance with Manitoba Health orders, proof of full vaccination will be required to attend. The family gratefully declines flowers, and if you so desire in honour of Ron's memory, donations may be made to the St. Matthew’s Cathedral Memorial Fund, 403-13th St., Brandon, MB, R7B 0N9 or to the Brandon Regional Health Care Foundation, 50 McTavish Avenue East, Brandon, MB  R7A 2B3 .

Share Your Memory of
Ronald
Upload Your Memory View All Memories
Be the first to upload a memory!
Share A Memory
Plant a Tree