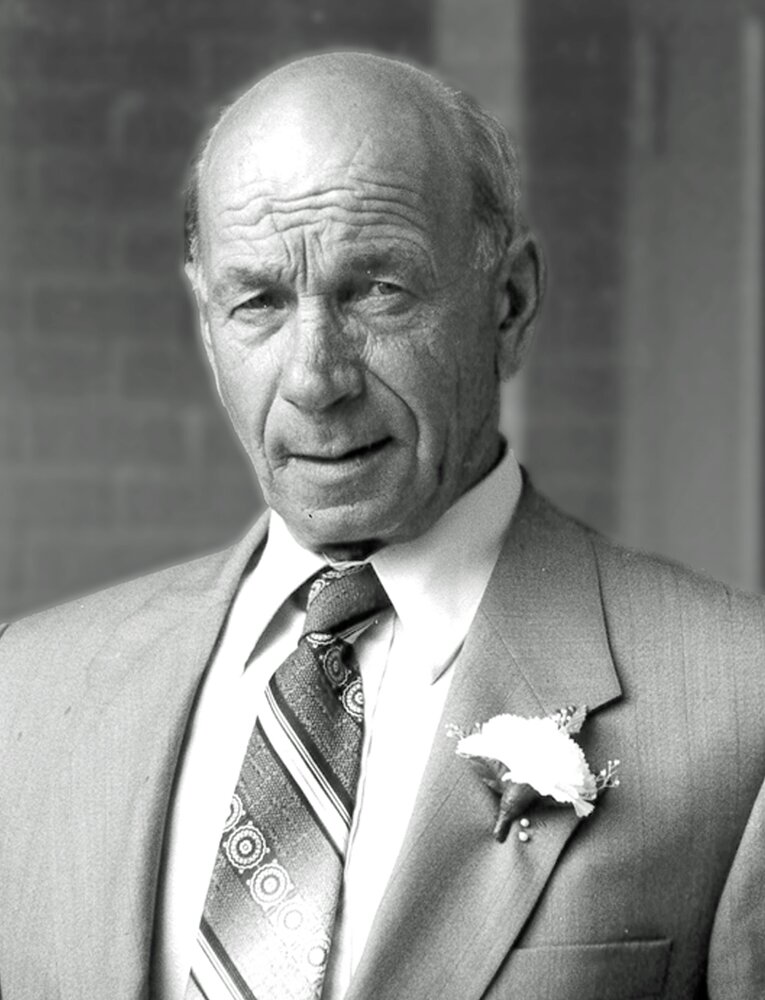 Steve, passed away peacefully at the Sherwood Personal Care Home in Virden, on February 13, 2022 at the age of 90 years.  Born in 1931 in Kalinin, Russia, he was one of nine children.  There were three sets of twins in their family and Steve was one of the twin sets, with his brother John.  Steve was only 8 years old when World War II started and unfortunately, he witnessed many of war’s horrors first hand.  World War II uprooted the family from Russia and they left with little on their backs.  They were forced to flee with such little notice, that they had to leave a sister behind, who was not at home at the time.  It was many years after they were settled in Canada before they were able to reconnect with her.  After fleeing Russia, they ended up in Brussels, Belgium in 1945 where Steve and his brothers worked in a steel plant and learned to speak French.  In 1950 they immigrated to Canada.  Steve was 18 years old on that voyage and had fond memories of travelling up the St. Lawrence Seaway and landing safely in Quebec City.  The family settled in Western Manitoba where Steve’s father, Simon, bought a farm in Routledge, Manitoba, between Oak Lake and Virden.

After working on a farm outside of Virden for one year, he joined the railway, first CP rail and then CN rail, where he worked for the next 35 years.  Steve and Isabelle met in Virden in 1954 and they were married in 1956.  They first lived in Virden, then moved to Kipling, SK where Steve was relocated with the railway and a few years after that, to Oak Lake, where they settled and raised their family.  Steve was a very hard worker and on top of working full time on the railway, he also worked many years part time, as a waiter and bartender at the Oakland Hotel.  In 1987, Steve officially retired from the railway.  He had the rare distinction of collecting his pension for more years than he actually paid into it.  He liked that.

In retirement, Steve spent several years working for Manitoba Housing in Oak Lake doing maintenance at the Oakwood Place and the Aspen Place.  He also learned to golf and spent a lot of time at the Oak Lake Golf Course.  He, along with Jack Olive and Al Sigurdson and many other volunteers redesigned and rebuilt the course, extending the courses yardage considerably.  They added irrigation and changed the greens from sand to grass.  Their effort was appreciated so much, they were awarded lifetime golf memberships for their dedicated volunteer service.  Steve made many friends at the golf course and loved spending time golfing and chatting people up.

Steve and Isabelle moved from Oak Lake in 1994 and took up residence in Virden.  Steve was a creature of habit and followed a regular routine.  He loved to go for coffee twice per day, check his mail, go to the Co-op, go for a round of golf, do some gardening and all the while, chat with anyone who would talk to him.  He found people’s stories so interesting and would always run home to tell Isabelle all about the people he met.

Steve and Isabelle both loved to travel and spent holiday time travelling extensively around North America.  Steve also loved going on an annual trip to British Columbia during the summer, where he would bring back boxes and boxes of fresh cherries.  He loved the outdoors and enjoyed fishing, boating, swimming and hunting.  Steve especially enjoyed camping and together with Isabelle and Michael, they spent weeks of the summer camping in Canada and the USA.

Steve was an excellent gardener and maintained an extensive garden up until he was 87 years old.  He didn’t just have a small garden, no, it was huge, huge enough to feed many families.  Together, that is what he and Isabelle did. They gardened, they canned food, they froze food and they gave most of it away to family and people within the community.

Steve was predeceased by his wife of 63 years, Isabelle, who passed away in May, 2019 at the age of 82 years and his son, Alan in 2007 at the age of 46 years.  Steve is also predeceased by his parents and all his siblings.  Left to mourn are Steve’s 4 children; David, Debbie, Darlene (Mike) and Michael; his grandchildren, Sheldon, Steven, Robin, Darcy and Jared; 9 great grandchildren; his sister-in-law and brother-in-law, Terry & Bill Ireland and several nieces and nephews.

The family would like to express their sincere gratitude for the excellent and understanding care that Steve received during the time he lived at the Sherwood Care Home.  All the staff treated him with such dignity and respect, we shall never forget it and will be always grateful.

To honour Steve’s wishes, a private family burial service will be held this coming summer.  His wish was for the service to be held on a hot summer day with the birds chirping in the background.

Donations in memory of Steve may be made to the Sherwood Home Activities, Box 200, Virden, MB R0M 2C0.

To send flowers to the family or plant a tree in memory of Steve Medwedew, please visit Tribute Store

A Memorial Tree was planted for Steve
We are deeply sorry for your loss ~ the staff at Brockie Donovan Funeral & Cremation Services
Join in honoring their life - plant a memorial tree
Services for Steve Medwedew
There are no events scheduled. You can still show your support by sending flowers directly to the family, or planting a memorial tree in memory of Steve Medwedew.
Visit the Tribute Store

Share Your Memory of
Steve
Upload Your Memory View All Memories
Be the first to upload a memory!
Share A Memory
Send Flowers
Plant a Tree