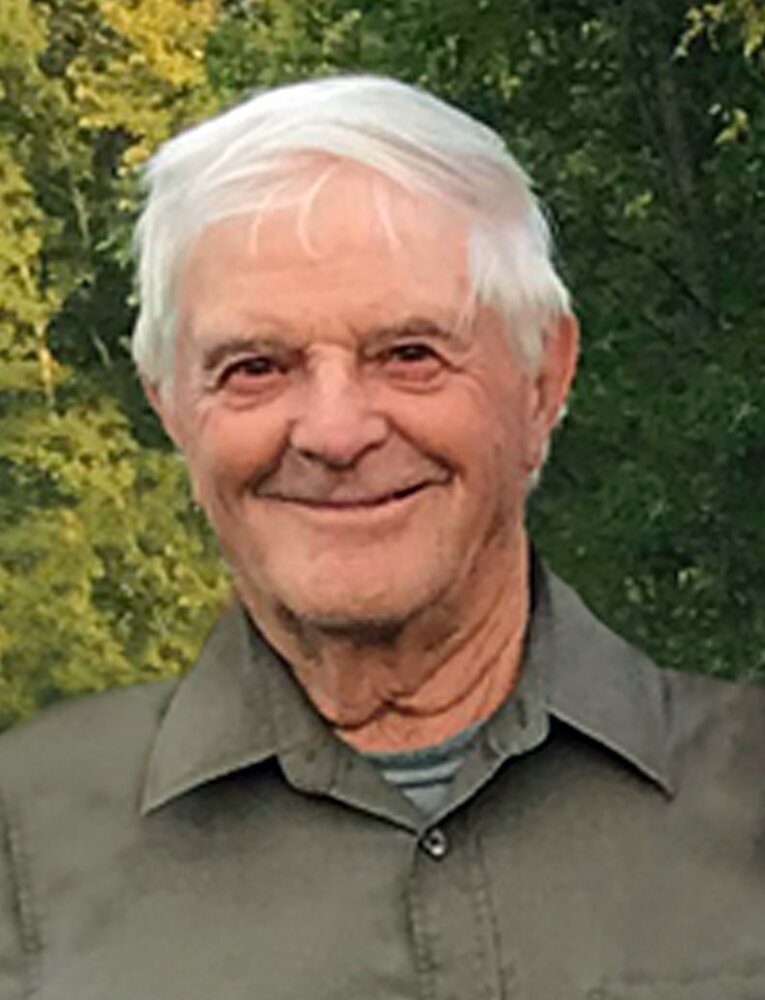 Please share a memory of Brian to include in a keepsake book for family and friends.
View Tribute Book

The family invites you to watch the Celebration of Brian Robin's Life. Please CLICK HERE

ROBINS: Brian Leslie Robins, passed away with his family at his side after a brief illness on February 18, 2022 in Brandon, Manitoba.  Brian was born on January 24, 1940 in Rivers, Manitoba to Douglas and Elizabeth (Lizzie) Robins.

Brian was raised on the family farm near Rivers that was originally homesteaded in 1891 by his grandparents Clement and Ada.  He was very proud that his grandson now owns and farms the land.  Dad and his siblings told many a story of a very outdoors life growing up on the farm, starting at a very early age helping to look after the livestock and with haying and cropping.  Many a day was also spent on horseback exploring the local countryside, sometimes hunting or fishing for the next meal.  Dad often spoke of one of his most vivid memories, riding in a horse and sleigh coming home from school across snowy fields in 1951 when they came to an abrupt stop and the driver started yelling “the lights are on, the lights are on” as they came over the crest of a hill.  Access to electricity made such a profound difference to their lives and Dad was quite pleased when, decades later, the original pole, yard light and electrical connections from the farm shop were collected by Manitoba Hydro to be used in a historical display.

Sports were also a big part of Brian’s life, beyond those played as a youth.  While never having golfed himself he spent close to 30 years as a greens keeper, almost all of it at the Riverdale Golf and Country Club.  It was curling, though, that was by far the sport that captured his heart, in more ways than one.  Quite an accomplished curler in his day it was also at the Rivers Curling Rink where Brian met the love of his life, Arlene Johnson, a teacher new to town in 1962. They married in Rivers on July 25, 1964.  Brian eventually turned his curling interests into ice-making and spent over 3 decades honing his skills and passing that knowledge onto those he mentored.  Dad also helped out at several big events in Brandon and Rivers but the pinnacle of his career came in 2009 when he was incredibly honoured to be part of the Ice Crew at the 2009 Women’s World Championships in South Korea.  While Brian took tremendous pride in providing good ice and greens he will also be remembered for his smiling face and truly enjoying a visit with anyone in the rink or on the course as he went about his work.  It means a great deal to his family that Dad will be remembered and missed.

Brian attended school at Rivers Elementary and High Schools and began working out and farming upon graduation.  Farming was always a family affair for Brian, first with his parents and siblings, then with his own family.  As Brian and Arlene raised their children much time was spent getting together with friends and relatives, attending school, 4-H and sporting events, and working together on the farm. Dad never missed a chance to keep up with farm duties like haying and working cattle, even helping his grandson with winter chores right up to the day before his stroke and he wouldn’t have had it any other way.  Brian was very proud to have been a Pedigreed Seed grower and Purebred Red Angus producer, as well as being the first farm in Manitoba to raise Miniature Horses, buying their first mare in the 1970’s and selling offspring from the herd from coast to coast in Canada.  In his “retirement” years Dad was also well known for raising pheasants, partridge and wild turkeys, including building his own hatchery and several shelters for the multitude of birds that he sold or released.

A Celebration of Life will be held for Brian at the Riverview Curling Club on Saturday, June 25, 2022 from 1:00 p.m. – 4:00 p.m.  Although this will be a come-and-go event a brief ceremony will be held at 2:00 p.m.  Brian’s family ask that all those who attend please consider and respect Covid precautions.

Donations in Brian’s memory can be made to the Heart and Stroke Foundation, 1379 Kenaston Blvd., Winnipeg, MB, R3P 2T5.

To send flowers to the family or plant a tree in memory of Brian Robins, please visit Tribute Store
Sunday
27
February

Share Your Memory of
Brian
Upload Your Memory View All Memories
Be the first to upload a memory!
Share A Memory
Send Flowers
Plant a Tree