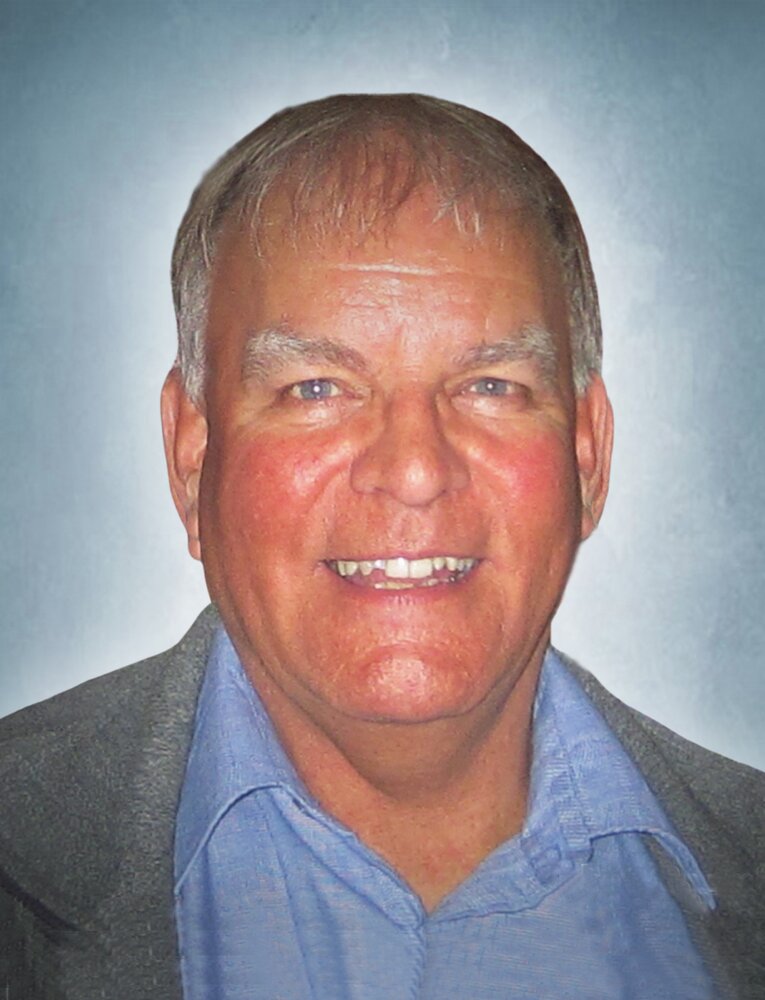 Please share a memory of Colin to include in a keepsake book for family and friends.
View Tribute Book

WHITE: There is a little less sarcasm and inappropriate humour in the world, as Colin White passed away quietly in the early morning of February 24, 2022.  This is somewhat strange as it is the only thing he ever did quietly.

Colin was born in Portsmouth, England in 1951, and passed a cheerfully misspent youth tinkering with cars and attending numerous concerts during the British Invasion era (which probably explains his later hearing loss).  He was an active member of the 18+ social group which involved copious amounts of drinking and dancing and of which most of his memories were fuzzy but presumably fond.

It was in Portsmouth that he met Heather and in 1974 they walked down the aisle together wearing appropriately hideous 1970’s fashions.  After their two children were born they decided to pick up and move somewhere cold and desolate because it would be good for the children’s character or something so they came to Middle-of-Nowhere, Manitoba, also known as Brandon.  There he worked many years for Red Carpet Food Services (later Van Houtte), where he quickly worked his way up to management and supervised a motley crew of miscreants, some of whom he probably liked.  He retired in 2011 after deciding that working was for suckers and that he’d rather be out on the deck with a cold one.  Colin loved his grandkids and his boat and spent most of his money on them.  We will honour his memory by spending the rest of it in the same way.

Colin is survived by his loving and interminably tolerant wife, Heather; his ‘orrible kids, Michael (spouse Tove) and Nicola (spouse “Don’t Mention the War!” Markus); and his less ‘orrible grandkids, Gavin, Greysen, Addison, Gabriel, and Izzy.  He also leaves behind his fat white cat Snow, several jars of Marmite, and the appreciation for fine English cheddar and fine English chocolate that his children inherited.  He was predeceased by his wife’s prized Calla lily in 1975 (whose death he was responsible for and his wife never let him forget it).

In lieu of a service, please celebrate Colin’s life by wearing your favourite Hawaiian shirt while watching the next Jets game and yelling “Shoot the bloody puck!” in your best British accent.

“Granddad, what time is it?”  “It’s half past cheese by the village pump, but it’s quarter of an egg slow.”

To send flowers to the family or plant a tree in memory of Colin White, please visit Tribute Store

A Memorial Tree was planted for Colin
We are deeply sorry for your loss ~ the staff at Brockie Donovan Funeral & Cremation Services
Join in honoring their life - plant a memorial tree
Services for Colin White
There are no events scheduled. You can still show your support by sending flowers directly to the family, or planting a memorial tree in memory of Colin White.
Visit the Tribute Store

Share Your Memory of
Colin
Upload Your Memory View All Memories
Be the first to upload a memory!
Share A Memory
Send Flowers
Plant a Tree