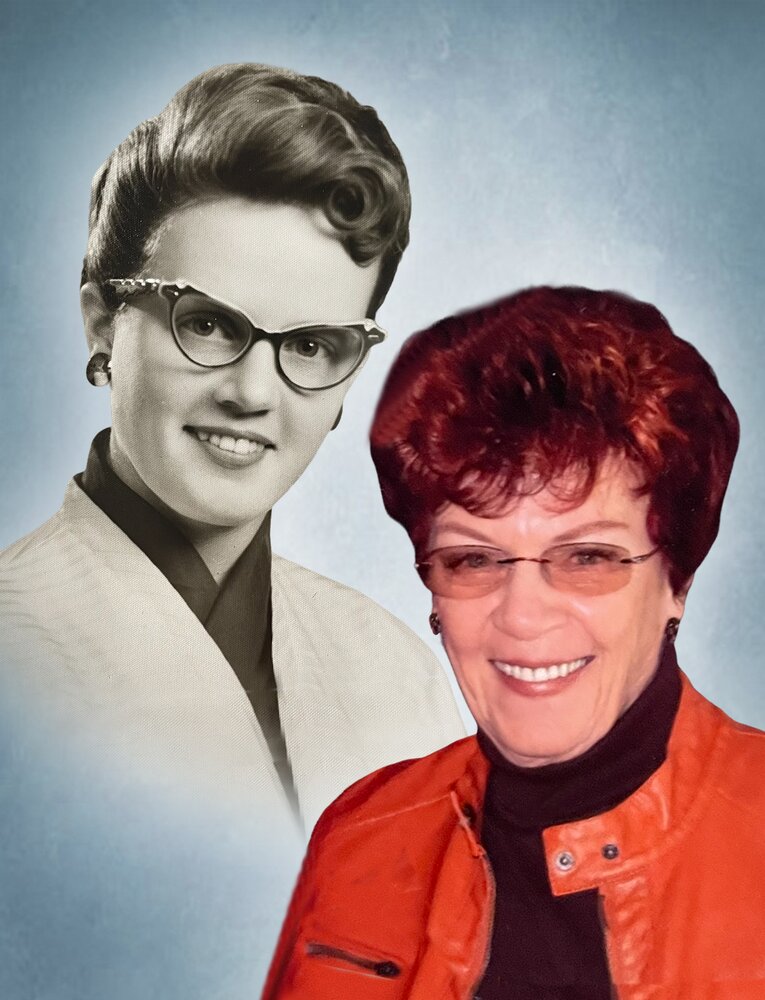 Please share a memory of Elizabeth to include in a keepsake book for family and friends.
View Tribute Book

Sophia “Elizabeth” Hinch passed away peacefully in her sleep at Fairview PCH on Wednesday, March 2, 2022 at the age of 84 years.

She leaves behind two sons, Ward (son Brodie) both of Portage la Prairie, Trevor (daughter Jessica) of Newdale and Warwickshire England and daughter, Tami (Shane) Benson of Brandon. She is also survived by her brother, Evan (Margaret) Smith; sister, Erna Honeyman; brother-in-law, Ken Holland as well as nieces and nephews.

Elizabeth was predeceased by her husband, Howard; parents, John and Sophia; sisters, Jeanne Holland and Sandy Rojick (and husband Dick); brother-in-law, JE Hinch as well as mother and father in law, Florence and John Hinch.

Elizabeth was born on June 22, 1937 at Brandon General Hospital to John and Sophia Smith and was raised in the RM of Daly, MB on the family farm. She attended Oakleigh School in the RM of Saskatchewan for grades 1 - 8, correspondence for grade 9 and 10 due to a lengthy illness. Afterwards she attended St. Michael's Academy in Brandon for grades 11 and 12 then on to Brandon Collegiate for teachers training, graduating in 1956. Following this she taught at Roseland School in the RM of Whitehead 1956 - 1957, then Beresford School 1957 - 1958.

During her time teaching in the Roseland district she met Howard Hinch, and they married on October 18, 1958. They settled in farming and raising a family at NE 33 - 9 - 20 from then on until retiring in April 1995, ultimately moving “into town” to a condo in April 2007.

While living in Roseland Elizabeth was an active community member; secretary for the Roseland Community Club for 20 + years, served on committees for Roseland’s curling club, the annual pancake breakfast and the Fowl Supper that was known far and wide.

Elizabeth’s hobbies included sewing and knitting, later taking up clogging and line dancing where she made many wonderful friends that she enjoyed going for lunch and shopping around rural Manitoba with and spending evenings at Music in the Park to name a few things.

In July 2021, Elizabeth moved into Victoria Landing after a lengthy stay at the Assiniboine Centre due to a broken arm and then in January 2022 to Fairview PCH.

Thank you to nurses and doctors at the Assiniboine Centre, Claudia and everyone at Victoria Landing, and staff Fairview PCH and Home Care.

A private service will be held later at Roseland Cemetery with a tea to follow.

To plant a beautiful memorial tree in memory of Elizabeth Hinch, please visit our Tree Store

Share Your Memory of
Elizabeth
Upload Your Memory View All Memories
Be the first to upload a memory!
Share A Memory
Plant a Tree