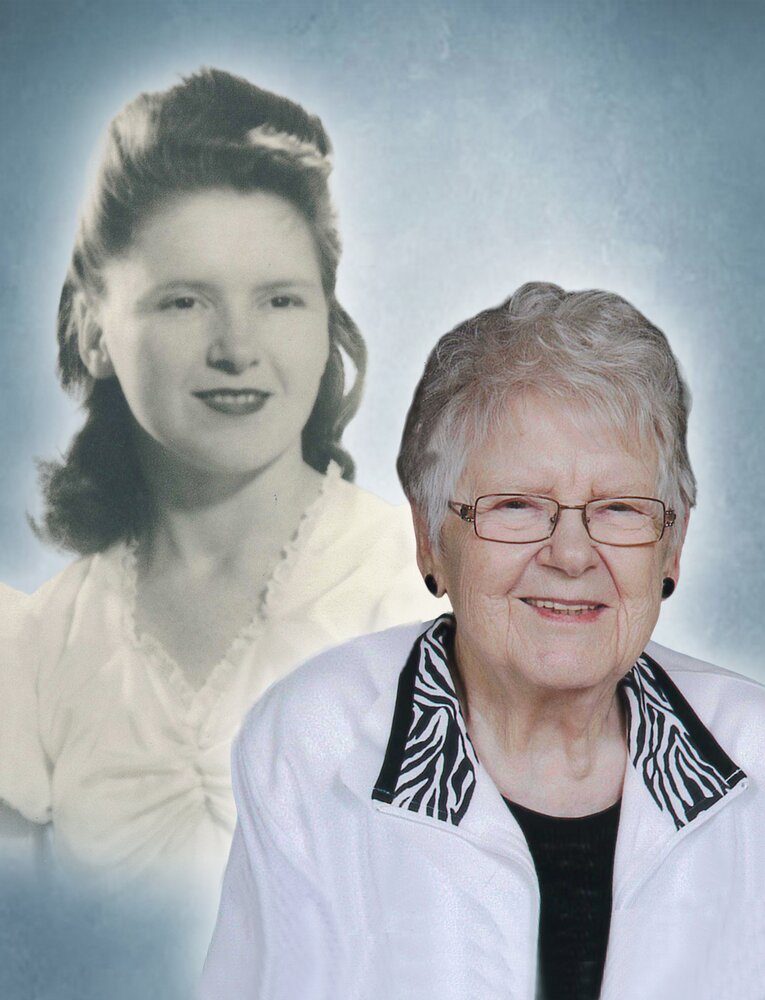 GOULET: It is with great sadness that the family of Simone Goulet (Martel) affectionately known as “Deedoo” announce her passing at Fairview Personal Care Home on Tuesday, June 7, 2022.

Simone was born on September 29, 1926 in Cantal, Saskatchewan. She married Paul Goulet in 1946 and they farmed south of Manor, Saskatchewan for 10 years. Paul and Simone and their 5 children moved to Brandon in 1956. Simone ran a boarding house for a number of years and eventually worked at Larry’s convenience store, Ricki’s ladies wear and Naturalizer shoes. She then became the Manager of Chez Cloth.

Simone was a very resourceful person having sewn most of the clothing that she and her siblings wore when they were young. She was a proﬁcient seamstress, knitter, and crocheter who loved clothes and always dressed stylishly. She loved to do jigsaw puzzles up until a few months ago.

Simone was a long-time member of the Catholic Women’s League.

In memory of Simone, donations may be made to St. Vincent de Paul Society, c/o St. Augustine’s church, 327 4th Street, Brandon, Manitoba, R7A 3H1 or to a charity of choice.

The family wishes to thank the staff of Fairview home for their loving care.

May she rest in peace.

To send flowers to the family or plant a tree in memory of Simone Goulet, please visit Tribute Store
Friday
17
June

Share Your Memory of
Simone
Upload Your Memory View All Memories
Be the first to upload a memory!
Share A Memory
Send Flowers
Plant a Tree