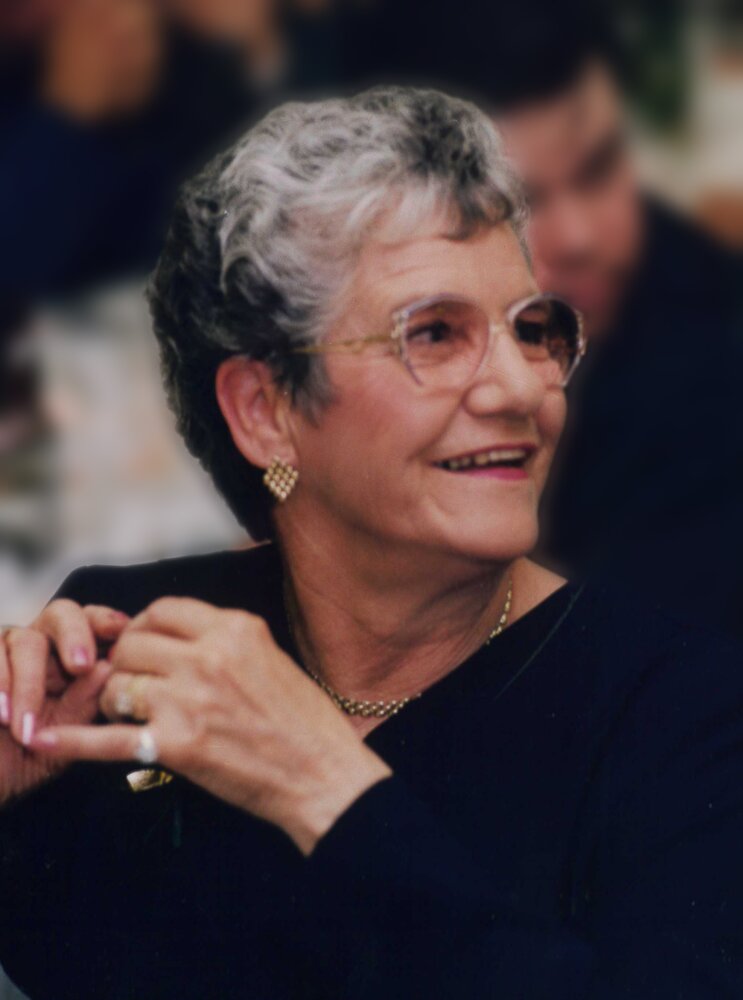 Kay was born near Alexander, MB on July 6, 1927. Even though she and her ten siblings worked hard on the farm, her short Ukrainian mother insisted all the girls take care of their hair and nails. We never saw Baba without her hair done, makeup on and long nails painted until her last days.

Baba married Mike Mosiuk in 1946. After a few years they embraced military life. They had five children, Kris born in BC married Brian Carter (both deceased) and they have a son Michael, wife Ivy. They have two sons Ciaran and Rohan. Sandy born in Brandon, married Denis Lesage and they have a son Nathan, wife Agatha. They have four daughters, Maddie, Rory, and twins Halle and Ella. They also have a daughter, Kathleen who has a four legged companion, Monty. Kathy born in Ontario, married Laurie DeRoo (deceased). They have three children, daughter Andrea and partner Mandy, son Aaron and wife Bry and son Justin, wife Aynsley and two children, Logan and Violet. Finally, son, Mike, born in Germany, wife Sharon and two kids, Michael (children Nathan and Brooklyn) and Meaghan. Lastly, a second son Pat born in Ontario, wife Sheilagh and twin daughters, Jennifer (husband Craig) and Kelsey.

Mike passed away in 1967, leaving Baba to raise five kids on her own. She worked service jobs, sometimes three at a time to make ends meet. Kathy, aged twelve stepped up to manage household while Baba worked.

Baba lived a long independent life. Her first love was her children and grandchildren who she liked to brag about. She loved her immaculate yard and flowers where no weed would dare grow. Knitting was a passion and everyone had several afghans.

Progressing dementia necessitated a move to Rideau PCH where she never hesitated to tell staff if something was not up to her standards. She even washed her own floor. She is fondly remembered by staff for her independent spirit and hiding things (purse in toilet tank).

She was predeceased by eight siblings: Anne, Nettie, Ayrain, Mary, Isabelle, Rose, John and Stan. She is survived by Fred, Hazel and sisters in law Sharran (Stan) and Olga (John).

A private family Celebration of Life will be held at a later date.

We will all miss you Baba.

To send flowers to the family or plant a tree in memory of Kathleen "Kay" Mosiuk, please visit Tribute Store

Share Your Memory of
Kathleen "Kay"
Upload Your Memory View All Memories
Be the first to upload a memory!
Share A Memory
Send Flowers
Plant a Tree