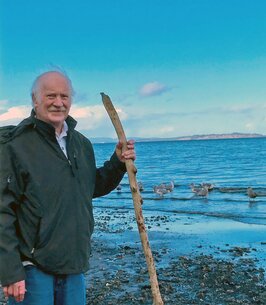 Please share a memory of Frank to include in a keepsake book for family and friends.
View Tribute Book

It is with great sadness that we announce the passing of Franklin Walter Henson. Frank passed away peacefully on Sunday, November 1, 2020 at the Foothills Medical Centre in Calgary, Alberta at the age of 73.

Frank was born in Brandon, Manitoba on April 8, 1947, the third of four children to Albert and Bessie Henson. Frank lived the majority of his life in Brandon where he and his wife of 47 years Marlette, raised a family of six children together.

Frank enjoyed many hobbies - an avid coin collector- and sports such as bowling, broomball, baseball...go Yankees!! and hockey...go Jets!! He was a season ticket holder for the Winnipeg Blue Bombers for many years and was a loyal and devoted fan. Frank worked as an accountant for McKenzie seeds for 25 years and then he and Marlette opened their own tax business serving southern Manitoba for many years to follow.

After the passing of his beloved wife in 2019, Frank moved to Calgary to live the rest of his time with his family.

A special thank you to the doctors, nurses and health care professionals at the Foothills Medical Centre Unit 47 for taking such good care of our dad - your kindness remains with us.

In lieu of flowers we ask that you donate in Frank’s memory to a charity of your choice - take a moment to hug your loved one...tomorrow is not promised.

Share Your Memory of
Frank
Upload Your Memory View All Memories
Be the first to upload a memory!
Share A Memory
Plant a Tree