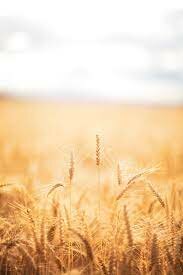 Please share a memory of Joseph to include in a keepsake book for family and friends.
View Tribute Book

THOMASSEN: It is with a heavy heart we announce the passing of Joseph Thomassen on August 2, 2022. Joseph was born on May 9, 1930, in the Netherlands. He later moved to Canada in 1958. He completed his high school education in Germany at the Academy of Gold and Silversmith. His cultural background was Dutch, and he spoke many languages that included Dutch, German, Belgium, and English. Joe immigrated to Canada where he opened and owned his own jewelry business for 60 years. He was a city councilman for eight years, sat on the school board for 14 years, and was part of the multicultural board. He also helped build a few soccer parks around Brandon. Joe was predeceased by his first wife Jose in 1987. On January 21, 1989 he married Edna Clarkson. Joe's greatest love was his family, and he will be lovingly remembered by Edna, son Randy (Linda), daughter Terry (Randy), stepchildren Lyndon, Shannan, and Karla, six grandchildren, and four great-grandchildren. A private family graveside service will be held at a later date. Donations may be made to charity of choice, if you wish.

To send flowers to the family or plant a tree in memory of Joseph Thomassen, please visit Tribute Store

A Memorial Tree was planted for Joseph
We are deeply sorry for your loss ~ the staff at Brockie Donovan Funeral & Cremation Services
Join in honoring their life - plant a memorial tree
Services for Joseph Thomassen
There are no events scheduled. You can still show your support by sending flowers directly to the family, or planting a memorial tree in memory of Joseph Thomassen.
Visit the Tribute Store

Share Your Memory of
Joseph
Upload Your Memory View All Memories
Be the first to upload a memory!
Share A Memory
Send Flowers
Plant a Tree