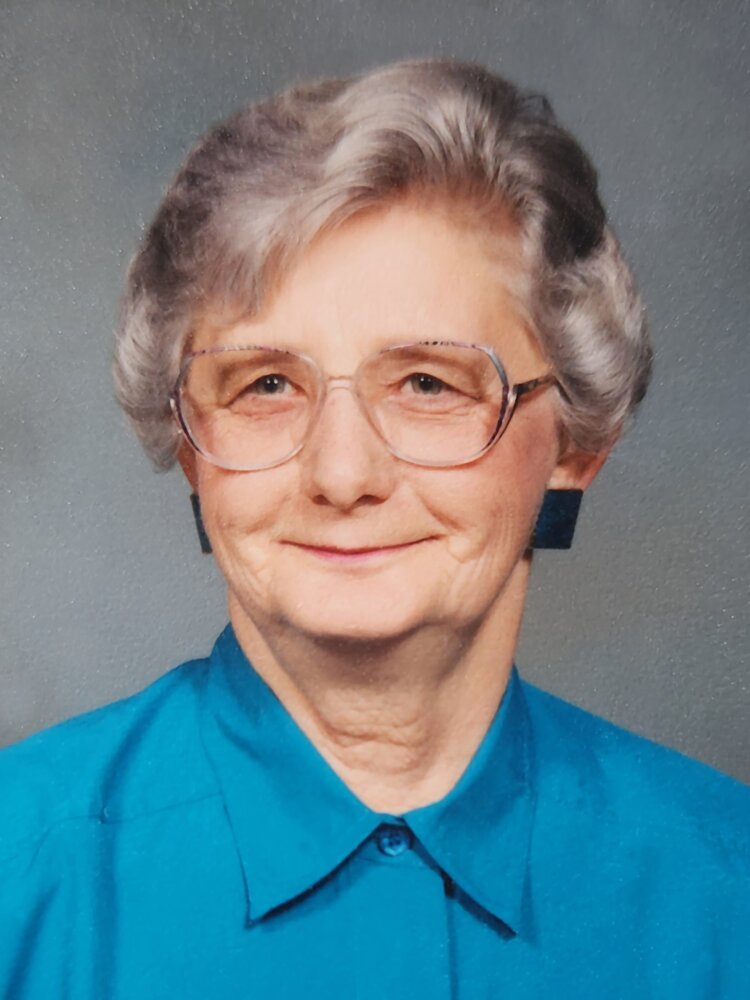 WIEBE: After a lengthy illness, Elsie Louise Wiebe passed away on Tuesday, October 25, 2022 at Valleyview Care Centre at the age of 86 years. Elsie was born at the Brandon General Hospital on September 20, 1936, to Nellie and David Mitchell of Ingelow, Manitoba.

Raised on the farm in the Ingelow district, Elsie went to school at Ingelow and Justice. Elsie started her working days at MTS in Carberry and then she worked for many years at the Brandon Clinic. Ben and Elsie married at the Carberry United Church on September 25, 1954. They lived in Brandon, except for one year in Dauphin. Ben passed away on December 7, 1991.

Thank you to all who sent messages, flowers, called, visited and spent time with Elsie as she bravely fought her battle with cancer. A private family Graveside Service was held on Monday, October 31, 2022 with Rev. Edmund Mielke officiating.

To send flowers to the family or plant a tree in memory of Elsie Wiebe, please visit Tribute Store

A Memorial Tree was planted for Elsie
We are deeply sorry for your loss ~ the staff at Brockie Donovan Funeral & Cremation Services
Join in honoring their life - plant a memorial tree
Services for Elsie Wiebe
There are no events scheduled. You can still show your support by sending flowers directly to the family, or planting a memorial tree in memory of Elsie Wiebe.
Visit the Tribute Store

Share Your Memory of
Elsie
Upload Your Memory View All Memories
Be the first to upload a memory!
Share A Memory
Send Flowers
Plant a Tree