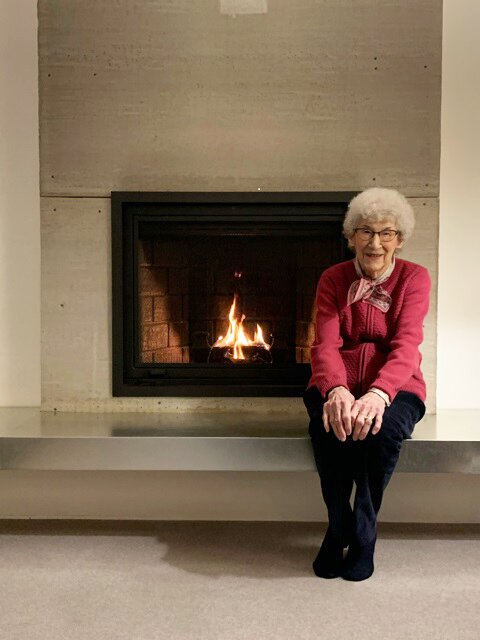 She was predeceased by her husband Clement and her parents Florence and Frewen Davis.

Kay was born in Virden, Manitoba on April 14, 1924, and raised as an only child by Florence and Frewen Davis. Kay met the love of her life, Clem Grosjean, at a Saturday night dance in early 1955; they married in Virden, MB on November 19, 1955. Together they raised Glenn and Lee. Clem and Kay relocated to Oxbow, SK in 1966, where Kay worked for the Royal Bank before starting a career in the local office of the Saskatchewan Wheat Pool. Kay retired from the Wheat Pool in 1989. After spending several winters exploring warm destinations across the southern United States, Kay and Clem took up residence in Mesa, AZ, where they spent their winters until 2001. They settled in Brandon, MB in 1998, where they were long-time residents of the Lion’s Manor until Clem’s death in 2020. Kay spent the last few years in Winnipeg close to her son, making friends and enjoying the community at the Portsmouth Retirement Residence.

Kay was an active person throughout her life. She had a passion for cooking and baking; she spent many happy hours crocheting and watching golf and curling. She was proudly involved with the Anglican Church Women in both Oxbow and Brandon. Above all else, she was a voracious reader. In recent years, you could always find her with her nose in a book.

Kay had an amazing zest for life, a great sense of humour, and a strong love for her family. She was a smart, kind, and caring woman. Kay delighted in everyone she met and endeared herself to all, in turn. She was deeply loved by her family and will be greatly missed by all who knew her.

To send flowers to the family or plant a tree in memory of Kay Grosjean, please visit Tribute Store
Wednesday
4
January

Share Your Memory of
Kay
Upload Your Memory View All Memories
Be the first to upload a memory!
Share A Memory
Send Flowers
Plant a Tree