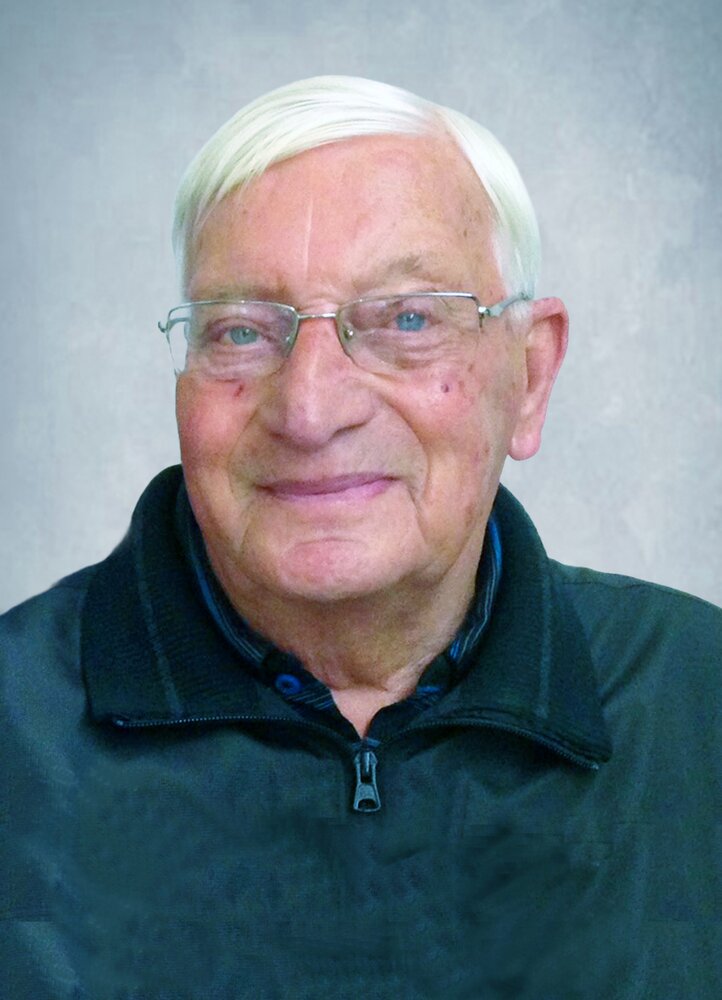 The family invites you to watch the livestream of the Celebration of Life for Harvey. Please CLICK HERE

BULLEE: Harvey Bullee lived every day of his 91 years fully, and it was a very happy life. Harvey passed away peacefully on Thursday, August 26, 2021 at ValleyView Care Centre. Harvey is lovingly remembered by Fay, his wife of 64 years, and their children: Sharon (John) Tropin, Tammy (Len) Drost, Brent (Cheryl) Bullee, Kristine (Steve) Dryden, Rhonda Grambo (Scott Van Mackelberg) and Korinne (Todd) Bullee.  Harvey was predeceased by his son, Todd. Harvey is loved and his memory treasured by his 14 grandchildren and their husbands and wives, and his 12 great grandchildren. Harvey Bullee was the epitome of what a husband, father, brother, brother-in-law, uncle, grandpa, great grandpa, friend and businessman should be - honest, friendly, kind, always there to help, a man who believes in supporting his community and his family. Born in 1929, Harvey is the middle child of Jacob and Gertrude Bullee, who had recently emigrated from Holland. He is one of ten children: Bob, Jacob, Margaret, Bill, Henry, Harvey, Gertrude, Jack, Peggy and David who walked five miles to school each day and helped out on the family dairy farm.  Harvey lived and worked in Brandon and Chater. Harvey is survived by two brothers David (Dorothy) and Jack (Lee-Ann). Harvey was a very successful Brandon area business man. He started H. Bullee & Sons Spring Service in 1958. Many local business owners and customers still mention his name with respect.  Harvey’s sons, Todd and Brent, took over the business in 1991 when Harvey retired and, upon Todd’s passing in 2019, Brent became full owner. The sound of hammer to steel rang out in the South end of Brandon as Harvey swung the heavy hammer to custom shape each spring.  Harvey worked long hours, often returning on evenings or weekends, fixing vehicles to help a traveller get back on the road, a trucker to deliver on time, or a farmer to continue the harvest. If you can help, then help was Harvey’s mentality. In 1957, Harvey married Fay Davidson. Harvey and Fay were the perfect partners in life. They shared the same values and love of family. Together they built a successful business, a loving home and a large network of friends. It is said that the greatest gift a man can give his children is to love their mother; and Harvey loved Fay deeply. Harvey was a teacher and mentor to his children, his nieces and nephews, his grandchildren and their friends.  Harvey’s grandchildren say that their grandfather showed them what it looked like to be hard working, but also to be present at home; how to show care, love and compassion for everyone around you. They learned to not hold a grudge, and to be respectful to everyone, because their grandfather Harvey always saw the good in people. He was knowledgeable, about cars, homes, and life. He wasn’t selfish with that knowledge, and instead wanted to share what he knew with anyone who wanted to learn as he helped them to fix a bike, a car, build a fence, or with a home repair. Harvey loved life! He loved singing and playing the guitar, travelling and visiting with his family and friends, camping, fishing, hunting, and snowmobiling. Fay and Harvey’s fun-filled gatherings at their homes and cottages are legendary. Harvey Bullee was a great man who will be missed and who left every person better off for having known him. He was intelligent with many skills and natural abilities and Harvey would have been embarrassed with this much praise, for he was also a humble man. Harvey’s family would like to thank everyone for their kind words and actions.  They especially wish to thank the staff at Valleyview Care Centre, who were so good to Harvey and the family in the final few months of his life. Our appreciation also, this past year, for those staff members at Brandon General Hospital and Assiniboine Centre who showed Harvey similar care and respect.  A Celebration of Harvey’s Life was held at Central United Church on Thursday, September 2, 2021.  The photo tribute and service can be viewed on the Brockie Donovan website. Donations in memory of Harvey may be made to a charity of choice, or to the Brandon Area Community Foundation, 2830A  Victoria Ave #2, Brandon, MB, R7B 3X1.

To send flowers to the family or plant a tree in memory of Harvey Bullee, please visit Tribute Store
Thursday
2
September