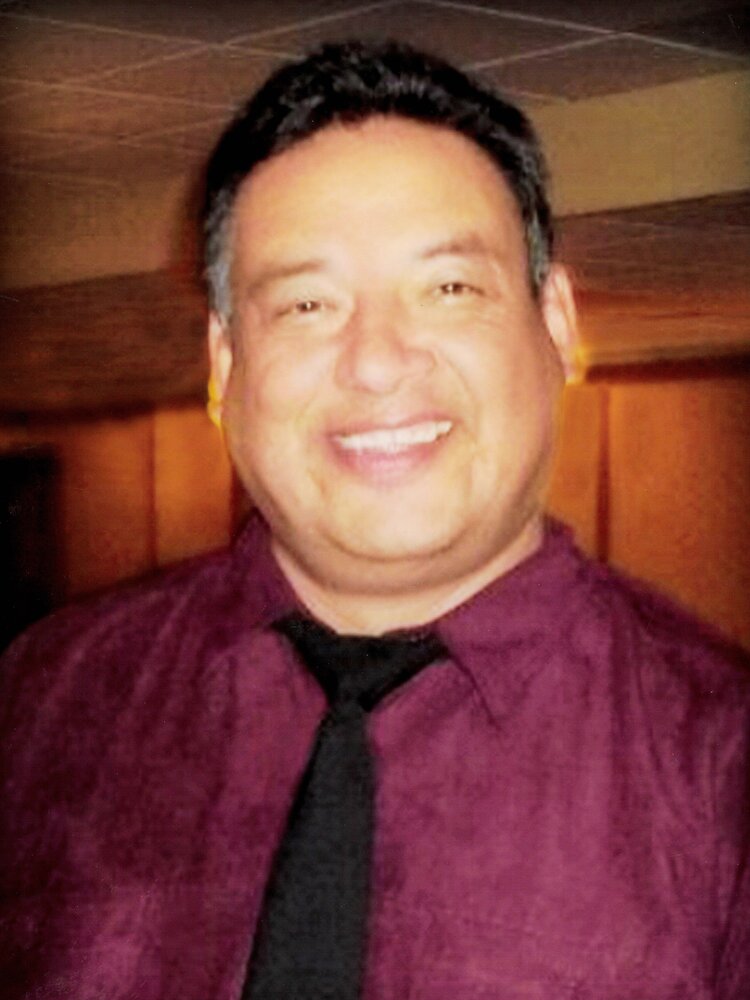 Please share a memory of Stacy to include in a keepsake book for family and friends.
View Tribute Book

The family invites you to watch the Funeral Service for Stacy Pratt. Please CLICK HERE

PRATT: It is with great sadness that we announce the sudden tragic passing of Stacy Pratt of Sioux Valley Dakota Nation on Friday, December 31, 2021 at the age of 56 years.

Stacy was born in Brandon, MB on July 14, 1965. He was raised in Sioux Valley, surrounded by a large family. Stacy received his first pair of skates at the age of 2 years old. Family would take him to skate at the creek just behind his house. By the time Stacy turned 4, he was a natural hockey player. Stacy started school at Sioux Valley, then went to Oak Lake School completing Junior High. He went on to attend Crocus Plains Regional Secondary School.

Stacy began his hockey career with the Oak Lake Minor Hockey from 1971-77. Under the guidance of his Uncle Brian Pratt, Stacy then played with the Brandon AAA Bantams for 2 seasons. He then played with the Brandon Junior B’s team. He went on to join the Brandon Wheat Kings in 1981 and played 3 seasons. Stacy’s linemate in 1983-1984 was Ray Ferraro, who holds the record of 108 goals in a season. This record still stands. Ray Ferraro is a colour commentator on TSN, he attributes this record to Stacy and linemate Dave Curry of The Pas, MB. This record may never be broken and Stacy was an integral part of the record as a setup man.

Stacy and his family were very proud of his accomplishments. He won many awards and trophies over his career. During the summer months between hockey seasons, Stacy would travel to Pow Wows with his family. He was a champion Fancy Dancer as a young boy and also learned to sing Pow Wow.

Stacy attended Yellow Quill College in Portage la Prairie in the fall of 1984, taking 1 year of business administration. Stacy met Laura in the fall of 1983 and they were married in July of 1985. A few years later, they started a family and over the years the family grew to 7. Stacy was not only a great hockey player but also a great ball player. He played ball as a teenager with his Uncle Brian’s team. He began playing ball with the Sioux Valley Dakota’s and played in the Men’s Commercial Fastball League. He played ball for several years and travelled all over Canada and the USA to compete. The Sioux Valley Dakota’s won many leagues and tournaments. Stacy also played hockey with the home team - Sioux Valley Dakotas . He would also play with other teams in tournaments.

Stacy graduated from the Fire College in 1986. He was the Fire Prevention Safety Officer for Sioux Valley for a few years. He then became a Certified Health Care Aide in 1990. He worked at Dakota Oyate Lodge in Sioux Valley as an Activity Worker. He would load up the van and take residents on long rides in the countryside. They loved his fun nature.

Stacy took extra training through the Fire College and became a first responder in 1995. He taught CPR and fire safety in the First Nation Communities and schools. He was President of the Manitoba Association of Fire Fighters for a time.

Stacy was always busy in whatever job he had, doing his best to help others. Stacy had a wonderful sense of humour, always laughing and teasing. He was very humble and gentle.

We will Miss you and love you always.

An Evening Service will be held at Brockie Donovan Chapel on Monday, January 17, 2022 at 6:00 p.m. Due to Covid 19 restrictions, the Evening Service on Monday will be limited to family and non Sioux Valley Community Members. In compliance with Manitoba Health, proof of full vaccination is required to attend.

A Funeral Service for Community Members only will be held at Sioux Valley Veteran’s Hall on Tuesday, January 18, 2022 beginning at 10:00 a.m. The livestream of the Funeral Service for Stacy will begin at 1:00 p.m. (CST). Interment will follow at Pratt Cemetery.

To send flowers to the family or plant a tree in memory of Stacy Pratt, please visit Tribute Store

A Memorial Tree was planted for Stacy
We are deeply sorry for your loss ~ the staff at Brockie Donovan Funeral & Cremation Services
Join in honoring their life - plant a memorial tree
Services for Stacy Pratt
There are no events scheduled. You can still show your support by sending flowers directly to the family, or planting a memorial tree in memory of Stacy Pratt.
Visit the Tribute Store
Print
Share A Memory
Send Flowers
Plant a Tree