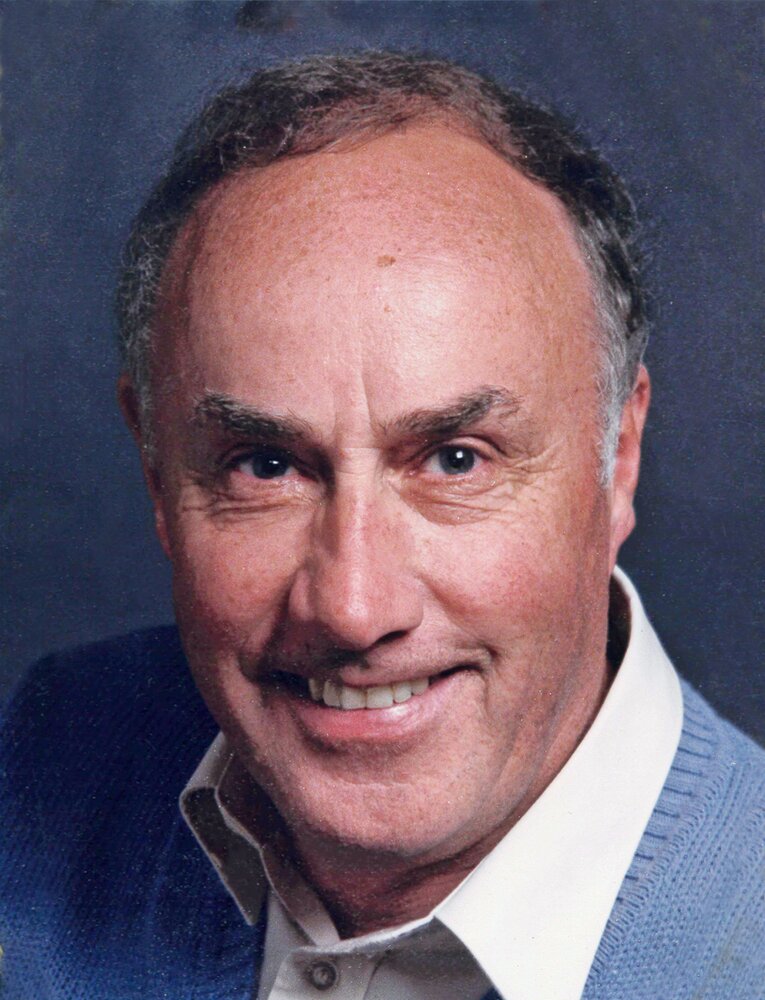 Please share a memory of Thomas to include in a keepsake book for family and friends.
View Tribute Book

TOWN: Thomas Alfred Town. It is with deep sadness that we announce the passing of our beloved husband, father, grandfather, uncle and dear friend Tom Town at the age of 91 on Thursday, January 13, 2022 at the Brandon Regional Health Centre.

Thomas Alfred Town was born April 14, 1930 in Brandon, Manitoba.  Tom or Tommy as he was known was a local boy educated in Brandon. He first worked at the Grand Old CNR Prince Edward Hotel in Brandon as a bellboy and said "it was the best job he ever had especially, the tips!" Tom worked for Brandon Heating and Plumbing, as a radiator repair man.  In 1958, Tom ventured into the adjusting firm and as a young prodigy under the tutelage of W. O. Jones & Company Limited, a Private Insurance adjusting company. Tom worked with the firm as a principal shareholder operating the largest independent adjusting office outside the Winnipeg area, handling accident claims for a 14 year period. In 1972, Tom received a 'high recommendation' to join the newly established Manitoba Public Insurance Corporation as Claims Office Manager in Brandon. For the next 21 years Tom trained a great deal of the MPIC senior claims personnel working in the Brandon Office as he had considerable experience in all types of casualty, property and comprehensive general liability losses. Tom retired from MPIC in 1993.

Tom loved people and had a way of making instant friends with everyone he met.  He had friends he had known for a lifetime – everyone an important part of his life.  He would go out of his way with a welcome smile and handshake to help anyone in need, and treated everyone with the greatest of respect; without any concern for himself.  He will be missed dearly by all who knew and loved him.

Tom started playing softball at Central Elementary School.  The school team won the Brandon City championship from 1936 to 1938. The talented teenager then played in the Brandon Commercial League with Brandon Heating and Plumbing.  He remained with the team for two seasons then spent the next 6 summers playing in the Senior league with Reg’s Mercuries and Anglo Canadian Oil winning the Brandon area Championships in 1947.  He was a Brandon City & District Fastball Champion – Anglo Oil Fastball Team 1951. In 1953, Tom joined the Brandon Army, Navy and Air Force Vets and the team captured the Brandon and area Championship.  Over the next four seasons, Tom and his teammates compiled an outstanding record. They won the Brandon and Manitoba Championships and represented the province in the Western Canadian Senior Men’s Championship in 1955 and 1956. Three time city fastball batting champion. Tom played for La Salle Grill from 1958 to 1960.  In 1959, he hit .418 and finished second in the batting race to fellow 2006 inductee Ed Keryluk.  Throughout his career, Tom, a local perennial all-star, was not only a top hitter, but was outstanding defensively and famous for his ability to do the splits at first base. Championships continued to follow him when he switched to senior slo-pitch and his MacKay’s Marauders team won the Brandon senior slo-pitch league title several times.  An all-round athlete who competed in several sports, Tom was also an outstanding 1st baseman in baseball and one season won the batting title in both baseball and softball.  The Brandon Cloverleafs star nicknamed “The Hawk,” was named to the Manitoba Senior Baseball League 40th Anniversary all-time all-star team and the Manitoba Baseball Hall of Fame inducted him as a player/builder in 1998.  The Manitoba Softball Hall of Fame added to his long list of honors in 2004 when the 1953 – 1957 Army, Navy and Air force Vets teams were inducted in the team category.  In 2006 Tom was inducted into the Manitoba Softball Hall of Fame.

Dad was a leader in the office as well as in his community.  When you invite the world to a small Southwestern Manitoba city you’d better be prepared. Tom and his World Youth Baseball Championship organizing committee spearheaded a community effort by Brandon and the surrounding areas that produced the most financially successful championship ever held. Canada won its first-ever gold medal Aug. 4 at Westbran Stadium, it not only culminated the Cinderella story of a group of 16 -18 year old ball players, but also provided a fairytale ending for nearly 5 years of volunteer work by local supporters.  For its aggressive pursuit and smooth handling of an event of truly global proportions, the World Youth Baseball Committee organizing committee became a receipt of a Special Merit Award, the third time since the award’s inception in 1976. More than 90,000 fans flocked to Westbran and Kinsman stadiums from July 26 to August 4, 1991 for the 10 day baseball tournament, which earned a $50,000 profit. Dad was presented with the President’s Award International Baseball Association plaque in appreciation of his outstanding leadership in the planning and administration of the 1991 IBA AAA Championship.

Dad loved our mum, Alex.  She was his wife, confident, best friend, and equal partner in all his personal and business dealings.  They met and fell in love in 1948 at the old shack at Central Community Center and were married in 1952. A life time of memories and love which included 69 years spent together.  Dad and mum loved to vacation every year to visit with his sisters in Ontario and the states, golfing with friends at their timeshares or countless visits to be closer to their family and grandsons.  Dad was a true optimist, and he never gave up on the ones he loved and cared for. We miss him dearly but his spirit flame continues to live within us.

Special thanks to all of those who have provided extraordinary love and care for Dad and Mum over the past few months. We are so grateful for your tender care and support.

In lieu of flowers, donations in memory of Thomas Town may be made to any “Manitoba Sport or Manitoba Hall of Fame Foundation” of your choice.  Dad lived, loved, and breathed “sport...” especially sport in Brandon.

A Celebration of Life is being planned for the summer of 2022. An Invitation for all to attend will be announced in the Brandon Sun, as we come closer to the event.

To send flowers to the family or plant a tree in memory of Thomas Town, please visit Tribute Store

A Memorial Tree was planted for Thomas
We are deeply sorry for your loss ~ the staff at Brockie Donovan Funeral & Cremation Services
Join in honoring their life - plant a memorial tree
Services for Thomas Town
There are no events scheduled. You can still show your support by sending flowers directly to the family, or planting a memorial tree in memory of Thomas Town.
Visit the Tribute Store

Share Your Memory of
Thomas
Upload Your Memory View All Memories
Be the first to upload a memory!
Share A Memory
Send Flowers
Plant a Tree