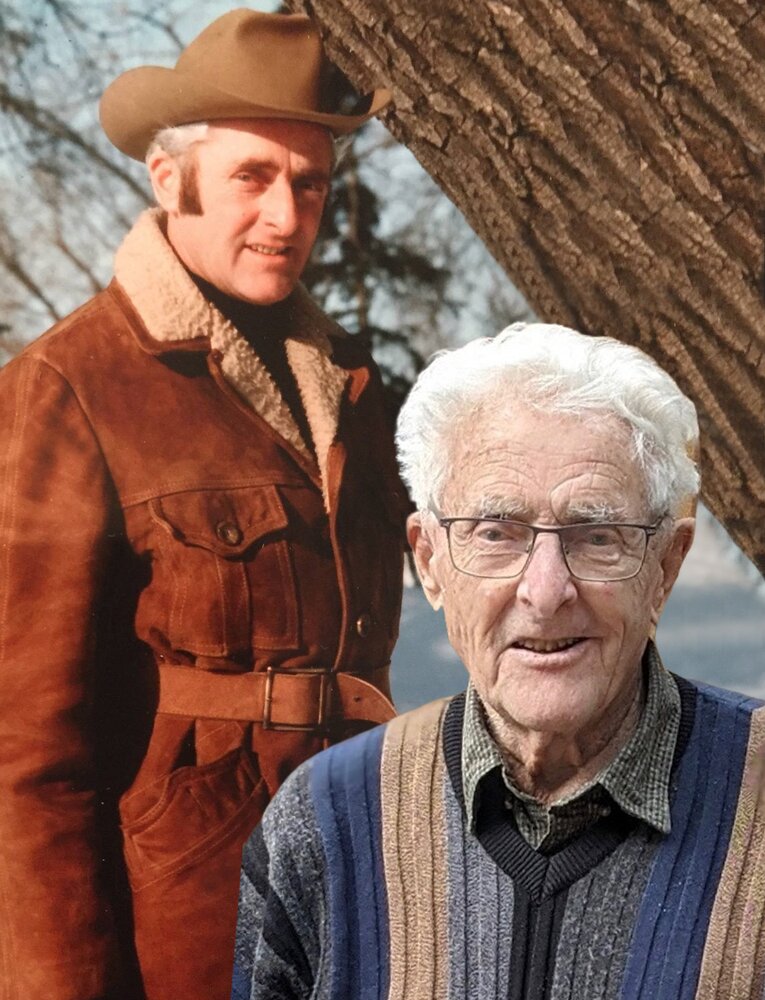 Please share a memory of Laverne to include in a keepsake book for family and friends.
View Tribute Book

MITCHELL: Peacefully and surrounded by his family, Laverne Ross Mitchell of Brandon, Manitoba passed away the morning of Saturday, August 13, 2022 at the age of 96 years.

Born to parents John Dewitt and Ivy Mitchell on August 16, 1925, Ross was proud to proclaim that he was born on the kitchen table on the family farm in Douglas, Manitoba. The third born of four boys, Ross was of the innovative and curious type. As a teenager, with a vantage point from the farm, Ross could see paratroopers training at the Shilo Military Base Jump Tower and so, at age 18 he left the farm and landed in Germany after being selected to join the 1st Canadian Parachute Battalion in the Second World War. It was a distinctive honour to be selected to this battalion.

Ross married Mabel E. (née Clark) on October 27, 1951 in Brandon Manitoba and together they enjoyed 71 years of marriage, celebrating life with family and friends. They lived independently and enjoyed many years at Clear Lake, San Diego Country Estates and at their home and later condo on Brandon’s North Hill. Their story was one of love and devotion – an inspiring legacy left to family and friends on how a couple can work together to overcome life’s adversities.

And there were numerous adversities as Ross was not afraid to delve into new adventures with a history of being a mixed operation farmer, founding member of Bar 5 Simmental and President of the Canadian Simmental Association as well as a board member from 1970-1975, operator of one of Manitoba’s largest feedlots, cow/calf operator, inductee to the American Tarantaise Association Hall of Fame 2001 and the founder of Gravel Plus.

The Greatest Gift a Father can give his Children is to Love Their Mother and one of Ross’s greatest accomplishments was being a supportive husband to Mabel, a kind and involved father to his four daughters as well as an intriguing and loving grandfather to his seven grandchildren. Ross made sure that everyone had at least one of his walking sticks and an oak slab table with extra to spare just in case someone else wanted one.

Ross was predeceased by daughter Cathryn Joan 1959 -1971 and his three brothers: Keith, Grant and Glen.

A life well lived and as Ross would often say, “You can only go around the racetrack so many times!” The family requests that in lieu of flowers, a donation be made to the Commonwealth Air Training Museum Box 3 Grp.520 RR#5 Brandon MB R7A 5Y5 (online donation to airmuseum.ca) or to the charity of your choice.

In following the wishes of Ross, please join the family for a Celebration of Life Monday morning August 22, 2022 at 11:00 a.m. in Brandon at the Provincial Exhibition Dome Building, 1200 13th Street, Brandon, Manitoba, followed by lunch.

“At the end of life, what really matters is not what we bought but what we built

And not our success but our significance.”

Share Your Memory of
Laverne
Upload Your Memory View All Memories
Be the first to upload a memory!
Share A Memory
Plant a Tree