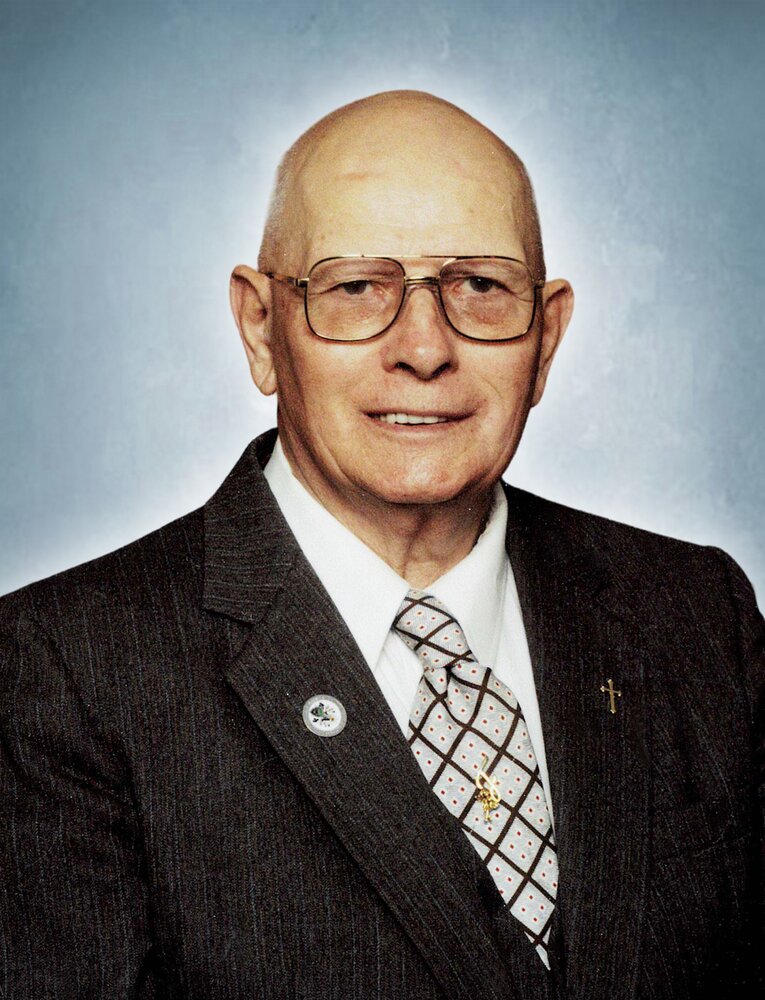 BOULET: Felicien Boulet passed away peacefully with his family by his side on November 7, 2022 at the Assiniboine Centre in Brandon at the age of 93.

Felicien was born in Dunrea, Manitoba on June 8, 1929 to Joseph and Anna Boulet. He grew up 2 miles from Dunrea where he attended school and was taught by Les Soeurs Oblates. He did not continue his schooling after Grade 7 as his strong hands were needed to work on the farm. He was only 17 when his father passed away and he had to help support his family and 11 younger siblings. He told us many a story about his time spent as a lumberjack in the Peace River District of Alberta from 1947 - 1952. He usually came back to Manitoba each fall to bring back his earnings and help with the harvest at home. He moved back to Manitoba in 1952 and in the spring of 1954 he purchased his very own quarter section of land, known as SW 26-5-17, where he enjoyed many many years doing what he loved most -- farming!

Felicien first laid eyes on Eveline Hutlet in October of 1953 not knowing he had just met the love of his life. They married on October 12, 1957 and began their life together on their mixed farm. They raised a family of eight - which became his most prized possessions in life. He always had a twinkle in his eye when attending family gatherings. His faith and living a Christian life were very important to him as he loved our Lord and everyone he met. He always made time for others and was more than ready and willing to learn about your family history and share stories. He also loved tractors, working with metal, and took pride in fixing just about anything. When he wasn't working, he enjoyed listening to music, dancing and playing cards. He volunteered for many activities and boards throughout his years in Dunrea.

Upon retirement to Brandon in 1990, Felicien and Eveline made many new friends and began volunteering within the community. They were given a Mayor's Award from the City of Brandon for their many years of volunteer service at Fairview Nursing Home. We laughed when he said they were going to help the "old people" that were often younger than them. He still kept busy tinkering in his garage and was also known as "Mr. Fix It" on Richmond Avenue. To fulfill a lifelong dream, Felicien finally bought himself a boat and enjoyed many hours of fishing with his children and grandchildren. When it was discovered that he had Alzheimer's and the house became too much for them to manage, they moved to a Seniors’ Complex. They loved their new surroundings and quickly developed new friendships in a loving safe environment. Eveline spent four years looking after Felicien giving him the best possible care until his final days when his pain and suffering became too much to manage.

We are so sad to have to say goodbye, but happy you are no longer in pain.  Rest in peace and know you will always be remembered and loved more than words can say.

A time of visitation and prayers will be held at St. Augustine’s Roman Catholic Church, 327 4th Street, Brandon, MB on Saturday, November 12, 2022 at 12:30 p.m. with Fr. John Okosun as Celebrant. Mass of Christian Burial will follow the prayer service beginning at 1:00 p.m. Interment will follow at the Brandon Cemetery. In memory of Felicien donations may be made to the Alzheimer’s Society or St. Augustine of Canterbury Church.

To send flowers to the family or plant a tree in memory of Felicien Boulet, please visit Tribute Store
Saturday
12
November

Share Your Memory of
Felicien
Upload Your Memory View All Memories
Be the first to upload a memory!
Share A Memory
Send Flowers
Plant a Tree